French cream exports to the UAE are expected to increase by 10% this year, according to the latest research by the French Dairy Board. 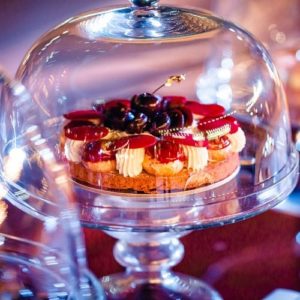 The UAE is a key developing market for the industry and imported 2,000 tonnes of French cream in 2016, while Saudi Arabia imports 5,000 tonnes annually.

It comes amid an increasing proliferation of French chefs operating in the country and a growing popularity of French cream in the service industry and retail outlets due to its taste and quality.

Centre National Interprofessionel de l’Economie Laitière communication director, Laurent Damiens said: “Most of the pastry chefs at the top hotels here in the UAE are from France and the French pastry style is becoming increasingly fashionable. That’s why we export more and more cream, because to do French pastry you need to have French cream.

“It’s a huge market in the UAE, not only in business to business, which takes up 75% of imports, but retail currently accounts for 25% and this is growing more and more as people are increasingly using cream in their recipes, not just for pastries, but in their general cooking.”

Un Dimanche à Paris executive pastry chef, Nicolas Bacheyre said: “Cream comes from the process of skimming milk and, like butter and flour, is an essential ingredient in desserts.

“We’ve seen an increasing number of vegetable creams on the market due to their lower price, however they may not be considered as a substitute of French cream, which has no equivalent in term of taste and textures. In 17 years of working in the industry I have never used anything else.”

As part of the growing demand for experienced pastry chefs from all corners of the world, Sopexa runs a series of French pastry training courses in the UAE and KSA, co-financed by the European Union, which are set to run through to 2018.

Sopexa Middle East account director, Edwina Salvatori said: “France is famous the world over for its decadent desserts and delightful pastry concoctions and that is primarily because we use the finest, freshest ingredients.

“Our French cream is a prime example of this and it’s because of this outstanding quality that it is becoming more and more important to chefs in Dubai, the UAE and across the GCC.”