by Sophia Soltani
in News, Suppliers
A A

Fine chocolate producer Valrhona hosted a two-day training event for some of the region’s leading chefs from the hospitality industry and standalone restaurants at Top Chef Cooking Studio, Dubai.

The two-day workshop was led by Chef Guillaume Roesz, from L’Ecole du Grand Chocolat under the theme of afternoon tea and chocolate drinks.

Throughout the training course which boasted nine attendees on day one including chefs from Niki Beach and Movenpick Hotel JBR, and nine chefs solely from the Jumeirah Hotel Group on the second day, chefs prepared and completed delicate treats for an entire afternoon tea experience. Key elements of the course included an emphasis on balance, seasonality, texture and a run-down of newly advanced techniques.

Throughout the year, the chocolate producer hosts several training events across the Middle East. In 2016, Valrhona planned for six events: one in Abu Dhabi and five in Dubai with two left for the remainder of the year. The next event is planned for mid-September and will take place at the St. Regis Dubai for Valrhona Cercle V members who benefit from exclusive benefits such as training programmes and technical support will focus on Christmas treats at the next meet up.

Valrhona’s products are distributed by Chef Middle East across the UAE, Oman and Qatar, and the company’s distributor is set to host its annual vendor show on 27 September, 2016 at Media Rotana, Dubai Media City. At the one-day event, Valrhona will be showcasing a selection of new products. 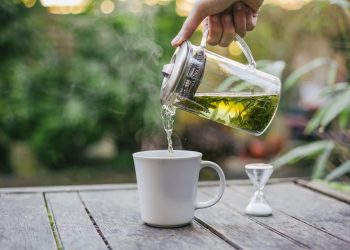