Hospitality, digitisation and the guest experience

by Dina Maaty
in Opinion, People
A A

The hotel industry is widely thought of as one that lags behind most others in terms of technology and digitisation, and this usually is attributable to both a fear of change and investment requirements. This aversion to change is often justified in the name of conserving the guest experience, as we convince ourselves that hotel guests truly appreciate standing in line to check in, repeatedly filling in their credit card details, and attempt to identify their luggage trolley in an attempt to capture some of the magic of a prison line up.

As with most things that are innovative however, the implementation of technology is a double-edged sword that has as much power to benefit guests as it does to dilute the guest experience, and it is up to the operators to be able to make this differentiation effectively.

The posterchild for such innovation has to be Japan’s Henn-na “Strange” Hotel, in which you were checked in by a robot velociraptor, the bellboy was a robot and the in-room concierge could only be described as a mix between a mushroom and a cloud. It was a property that did not take itself seriously and was as zany as it was futuristic.

It wasn’t without missed irony in 2019, when just four years after opening, the management needed to eliminate approximately half of the robot workforce and replace them with humans. Issues included the in-room concierge activated by snoring guests at night, robot bellboys getting stuck against each other in hallways, and the front desk velociraptor unable to do much at all beyond checking guests in or out. Checking flight schedules or giving recommendations for example were simply not possible.

Furthermore, much of the technology became outdated quickly – Siri and Alexa had far surpassed the functionality of some of the robots within a couple of years, and as a result, guests ended up falling back on their smartphones for information. The key lessons learnt at the property was that these robots aged quickly, were more cost effective to replace with humans rather than maintain, and most importantly annoyed guests when they either underperformed or existed without a clear purpose.

Digitising guest interaction – when the execution lets the premise down

Ordering food using a remote control from a hotel TV is by all accounts a form of cruel and unusual punishment. Not only does the interface tend to be extremely slow, but it also tends to be cumbersome and the remote-controlled functionality is most often unintuitive.

Most infuriating of all, if a single person requires an amended order and if said person choses to order last, the time used to fight the bloated apparatus is in vain, as a call has to be made to hotel staff in any case. The guest is not the only one who loses out due to a clumsy interface – the hotel owner loses three times – he has to deal with lower guest satisfaction, the added cost of paying for an unintuitive system (designed to lower staffing costs) and often, no meaningful headcount reduction as staff is needed as a fall-back in any case.

However, if the front end of such systems is designed to be as complex as they should be, there are a few benefits to be had – first, the ability for guests to give food orders becomes instantaneous and more accurate– there is no longer a need for guests to call the operator, in order to be put through to in room dining. At best, each would answer within three rings, and at worse the guest would need a call back after the call has bounced sufficiently.

Second, the ability to show indicative wait times to guests before orders are made becomes possible which helps the eternal quest of managing guest expectations. Thirdly there is a comprehensive log of all orders that can help anticipate guest needs. Too often nothing is done with guest behaviour data which is a missed opportunity from any perspective.

Ali Baba’s Fly Zoo hotel has to be one of the most successful application of digitising the guest experience that we have come across, primarily because it features digitisation as a supplemental ‘value add’ rather than a direct replacement of human interaction.

Even before the guest steps foot on the property, this is apparent as the booking platform is on an app and allows complete control – guests can choose specific rooms on specific floors. Check-in too, is done through the phone app and relies only on facial recognition, as does the elevator and room door.

Finally, checkout is instantaneous, and can be done without the need to queue through a mobile phone. While there are staff on hand to assist, the headcount is limited, and the focus is on troubleshooting failures in service rather than routine tasks.

Ultimately the result of digitising the guest experience is a product of how thoughtfully it has been applied – if the interfaces have sufficient functionality, and the application is designed to enhance service delivery rather than to remove human interaction, there is no reason to believe that increased digitisation is synonymous with the dilution of the guest experience. 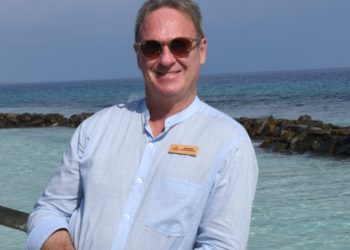