by admin
in F&B, Nightlife/Lounges
A A 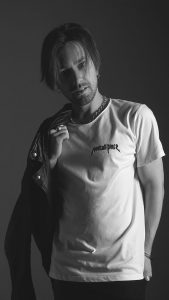 Ruby Passion for Meat has announced a strategic partnership with Hookah Place, the largest hookah bar franchise in the world.

Launched in 2013 in Moscow by Anton Gaivoronskiy aka Antony Crow, founder and inspirer of the chain, Hookah Place quickly gained popularity among hookah fans and hookah market players across Russia. A novel concept at the time, it didn’t hide the hookah master’s workplace in a separate room, but located it directly in the main space, like a bar, which quickly caught on.

With more than 180 lounges now open worldwide, representation in more than 20 countries, and around 18000 hookahs being made every day, Hookah Place has firmly established its credentials globally. 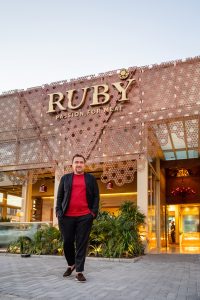 Hookah brands like HYPE and Smoke Angels were added to the portfolio not to mention Hookah Market, the biggest chain of hookah shops including an outlet in Dubai. Under the JohnCalliano brand, they also do events including Hookah festivals, Christmas Sales and the JohnCalliano Awards – the most prestigious event at the end of each year, a real hookah Oscar, held for the first time in 2016.

The aim is to open at least 5 Hookah Place – Kitchen by Ruby restaurants in the next 18-24 months, according to Kirill Mikhaylov, founder of the Ruby Passion for Meat brand.

The menu served to guests will showcase the passion and talent of Ruby’s in-house team. From a wide variety of steaks, kebabs, lamb racks and other cuts of meat that are cooked over charcoal, then brought over for some theatrical tableside carving, to mouthwatering Ottoman-inspired mezze and delectable desserts, food and hookah will meet each other for a special rendezvous at Hookah Place – Kitchen By Ruby.

Having only opened his first Turkish steakhouse in February 2022, he added that being chosen as the F+B partner for this global chain was a testament to Ruby’s reputation for authenticity and quality.

“At this early stage we’re already aiming to take Ruby to the next level with this strategic partnership. Antony is a seasoned businessman like me, and we are excited to be bringing our shared vision of bringing quiet sophistication to the hookah experience to life with this new concept,” said Mikhaylov.

The group is currently exploring locations across Dubai including Downtown, Boulevard and Dubai Mall.

According to Hookah Place founder Antony Crow, the time is now to introduce this global phenomenon to the region.

“Partnering with Team Ruby to bring Hookah Place to life in the Middle East was a no-brainer. They share our passion for providing guests with a one-of-a-kind experience in an environment that is sophisticated but not stuffy. Their inherent understanding of the regional audience and our globally renowned and foolproof model make us a winning combination.”