by admin
in Suppliers
A A 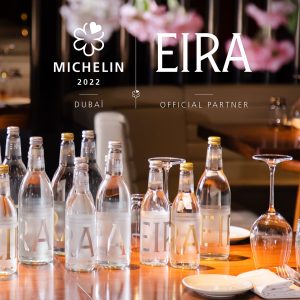 The highly anticipated MICHELIN Guide Dubai teams up with premium water brand EIRA, for its unveiling ceremony on 21 June 2022. Dubai will be the latest addition to the guide, which already has 38 culinary destinations throughout Asia Pacific, Europe, North and South America.

A recent addition to Dubai’s luxury F&B scene, EIRA water is considered one of the purest drinking waters globally, as cited by multiple Norwegian Geological survey reports. Located in Eresfjord, one of Norway’s vast Fjords. The water goes through many layers of quartz, which acts as a natural filter and does not pass any kind of soil or organic material. Therefore, reaching its source cold, pristine and pure. Low in minerals the water is unfiltered and bottled straight from the source, making it one of the top drinking waters in the world.

The MICHELIN Guide selection will follow its standard and reputable criteria applied all over the world. With a set of five criteria, namely the quality of ingredients, mastery of cooking and preparation, harmony of flavours, the personality of the chef throughout the cuisine and finally, consistency across the entire menu.

EIRA International Marketing Manager Jad Asaad comments, “It is an honour for EIRA to be chosen as the MICHELIN Guide’s waterpartner for such a momentous event for not just Dubai’s dining scene, but the entire region. Dubai will be one of the first cities in the Middle East to have its own MICHELIN Guide, one of the world’s most coveted F&B selection systems, and we as EIRA water get to be part of this iconic unveiling”.

EIRA is considered the selected water of choice for many luxury hotels, restaurants, and MICHELIN Star chefs around the world for its purity and high-quality standards in the industry. 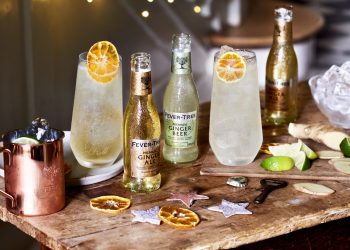 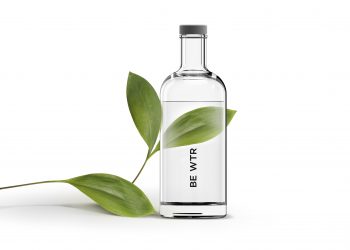 Be WTR to launch its pioneering sustainable water system in Dubai 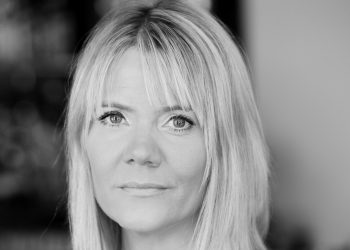 Celebrating Powerful Women in the UAE with Glenfiddich