by Patrick Ryan
in Catering, Suppliers, Videos
A A

Kitchen equipment supplier Welbilt has announced a host of new products that it believes will cement its position as one of the leading lights in the industry.

Leonard Parot, regional sales manager Welbilt, spoke to Catering News Middle East about why he is so excited about the future for his firm.

“We just launched the new Convotherm Mini. It is the smallest combi oven on the market,” he said.

“This brings the versatility and performance of cooking with a regular combi oven. We are really excited to bring a lot of new features to the operators in this market. The new Convotherm Mini brings a lot of additional features, the first one is the the Convo Clean, an automated cleaning system that is easy and convenient for the operator.”

Parot was keen to speak about the advantages of using the Convotherm Mini – a smaller oven to facilitate kitchens where space is at a premium.

“It enables us to access all of the market to offer all kinds of operators whether they are kiosks, coffee shops, convenience stores, retailers or hotels from casual dining to fine dining, whether it’s the back or front of the house,” he said.

Parot revealed that Welbilt has also released Bake Pro which allows chefs to bake in optimal quality whether it is with fresh or frozen produce.

He also spoke about the benefits of using combi-steamers.

“It is the most versatile pieces of equipment in the kitchen today with the ability to cook, steam, bake as well as fry,” he said.

Parot added that bringing innovation to the table is Welbilt’s motto.

“We have just announced the addition of Crem, the leading global manufacturer of coffee machines,” he said.

“It really adds that hot beverage offering to our portfolio. Welbilt is able to offer the widest range in terms of beverages on top of our existing lines of cooking and refrigeration.” 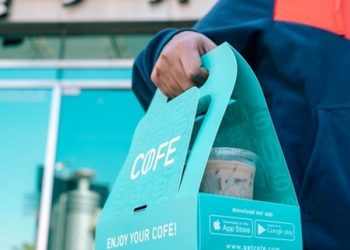