Dubai Tourism (DTCM) in collaboration with Emirates Wildlife Society-WWF, Roya International and Insignia, hosted an initiative aimed at the hospitality industry, emphasising the importance of sustainability across the sector.  Hospitality Sustainability Board Game, the inaugural activity of the Dubai Sustainable Tourism Initiative was held at Media One Hotel, engaged industry professionals from across the city,

Lighting is no longer just a necessity, it has become a statement for many hotels as lobbies and dining areas turn into a wild creation of eclectic luminaire fixtures. Hotel News ME hears from leading lighting suppliers in the Middle East to uncover the latest motion sensor technologies and why LED lighting is presenting sustainable

More than 160 international delegates attended the second annual Serviced Apartment Summit MEA in Dubai this week. Held at the Fairmont The Palm, the event attracted delegates from Dubai, Abu Dhabi, Kuwait, Saudi Arabia, Qatar, Oman, India, Indonesia, US, UK, Singapore, Russia, The Netherlands and Germany. Despite a turbulent year for the region’s economy, with

Evonade, the developers of RoomOperations – an integrated cloud based housekeeping application have confirmed their participation in this year’s Executive Housekeepers Conference taking place on November 21, 2016 at The Conrad Hotel Dubai. Erkan Tatlidil , Managing Director, Evonade, will also be participating in the Tech-Talk panel discussion on the day, revealing how cloud based

Core Savills’ 12 Cities H2 Report has revealed that visitors to Dubai outspend tourists among other international cities including London, New York, Tokyo and Paris.  Overseas travellers to the emirate spend almost twice the average of 12 cities surveyed by Savills. “The research shows the highest spending visitors, by far, are Dubai’s. Overseas visitors, who

The Panel: Raising the bar

In line with KPMG’s latest Food and Beverage survey, this month Hotel News ME, hears from some of the region’s leading beverage specialists to find out how dining trends are shaping the dynamics of beverage related revenues with new innovations stemming from London to New York. In 2015, the UAE’s food and beverage industry was

Leading hotel supply company, Renarte General Trading LLC has joined the sponsor lineup at this year’s Executive Housekeepers Conference, taking place on November 21, 2016 at the Conrad Hotel Dubai where they will exhibit some of their key hospitality solutions, relevant for the housekeeping department.  Sharon Black, general manager, Renarte General trading discusses the company’s 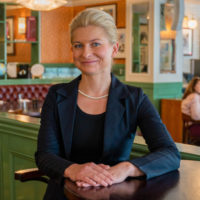 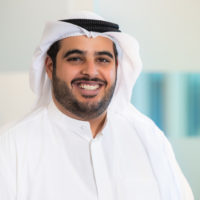 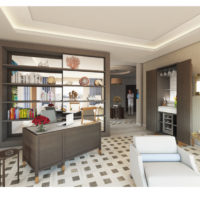 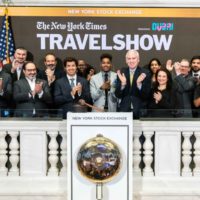 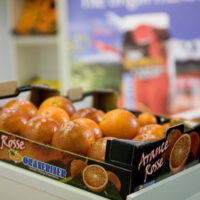 Italian food exports to the UAE increase by 11%, says ITA ahead of Gulfood 2020

The Italian Trade Agency (ITA) is participating in the silver jubilee edition of Gulfood from Februa [...]

‘Taste France’ to launch at Gulfood 2020

Business France, the national agency supporting the international development of the French economy, [...]