Interview: A breath of fresh air

The new manager of McGettigan’s in JBR, Marion Sheridan reveals her burning ambitions for the newly opened bar… 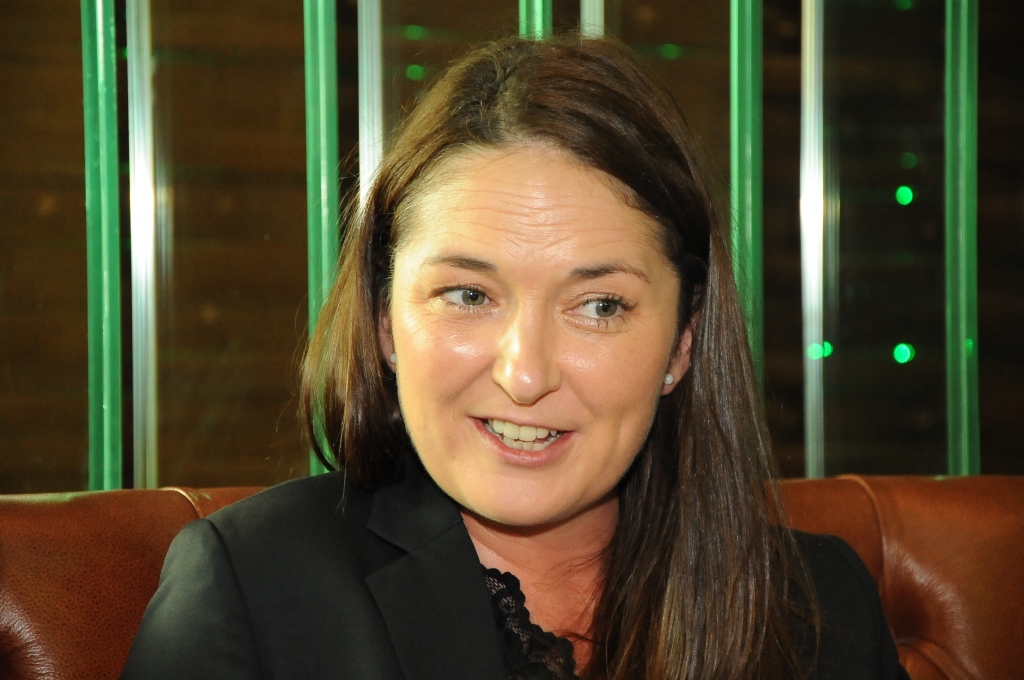 McGettigan’s is renowned throughout the UAE and the wider world for its distinctive Irish hospitality, sports, music, comedy, bacon and cabbage and the unmistakable beverages heralding from the Emerald Isle.

But Marion Sheridan, the new manager of McGettigans’ latest branch in Dubai’s Jumeirah Beach Residence (JBR), is proud to bring to the emirate a more recent ruling in Irish history. On March 29, 2004, Ireland became the first country in the world to institute an outright ban on smoking in work places.

Fast forward almost 14 years and Marion has overseen the launch of the first non-smoking bar on JBR – and despite initial scepticism over sending smokers outside, she told Catering News Middle East, it’s been a huge success.

She says: “In the beginning there was a lot of ‘it’ll never work’, but it’s actually proven to be fantastic. People are loving it, like a very Irish feel at home. This is an environment I work in , it’s not a smoky environment. So to bring that to Dubai is fantastic.

“It’s been very positive, the feedback from smokers and non-smokers. We’ve had maybe a handful of incidents when people have lit up unknown and the minute you mention it to them they automatically go towards the door. I think people are used to it from traveling or where they come from. It’s more common to be in a non-smoking bar than a smoking bar worldwide. Even people getting to know each other, having a cigarette outside and getting to know each other has been positive. It’s been great.”

It’s a unique feature that helps McGettigan’s stand out from the crowd in what is an increasingly crowded marketplace on JBR. The newest addition to the McGettigan’s family in Dubai, which includes premises in Jumeirah Lakes Towers, Souk Madinat, World Trade Centre and Dubai International Airport, opened its doors in October 2017.

And Marion is confident the JBR bar, mixed with the Hilton brand and located on a prime area of beachfront, will prove as popular as the rest.

“Even in the last six months here, JBR has exploded. There are a lot of new premises here and a lot of talk about places being revamped. The scene before I got here apparently was very family orientated and you can see that is kind of changing – it’s still family orientated but there’s a lot of young life coming in. Residents seem to be staying in JBR rather than hopping in a taxi and going to other destinations, which is brilliant,” she said.

“When I was here in February, you could only go to either side of JBR; there wasn’t really a whole lot of options in the middle. Now you can go from one end of JBR to the other and it would take you nearly a week to pop in and see every outlet. It’s great to see it grow,” she added.

While she may be relatively new to the Dubai F&B scene, she is no stranger to the industry, having started at the age of 17 as a bar back in her native Ireland. Over a two-year period there, she progressed to bar tender and then on to a more supervisory role. From there she moved on to managing smaller bars, becoming involved in the food side of the business and gaining valuable experience in restaurants, general catering and functions.

Marion even owned her own bar in Tuam, County Galway, which is where she was before making the move over to Dubai.

“That was a fantastic experience, working for yourself. It was challenging and interesting to say the least,” she said.

Marion speaks with great passion about her experiences and about her new role. However, she conceded that her desire and commitment to the cause can often have a detrimental effect on the rest of her life.

She explains: “The whole work-life balance is a challenge. I’m a bit of a workaholic, I really enjoy what I do and I find the challenge is to take a step back from that and get a work-life balance. I could turn up here on my day off just for an hour and I’d be here three hours later. I enjoy it, which is a great complaint to have.

“I love being on the ground. I’m very hands on. I’m a people person, so being on the ground talking to my regulars, getting to know new people every night, that’s the most enjoyable aspect of it, definitely. People call them customers, but at this point now, I know them, I know their families, they’re more friends.”

She says: “I’ve a team here of 12/13 guys and from day one I’ve said to them that F&B is a challenging role, you have to really want to give a lot of time to it, but the rewards are unbelievable and they’ll carry you through an awful lot of situations for the rest of your life.”