A multi-million-dollar refurbishment has increased Metropolitan Catering’s capacity from 500 to 45,000 meals per day, opening the doors to myriad business opportunities. Crystal Chesters reports. 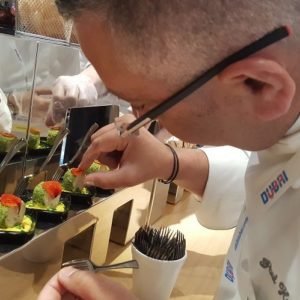 Well-known for its ever-growing portfolio of hotel assets, which include The Waldorf Astoria Dubai Palm Jumeirah; the St Regis, W and Westin Al Habtoor City; and The Habtoor Grand Beach Resort & Spa, Autograph Collection, Al Habtoor Group has this year made significant headway into the mass catering market. In July, Metropolitan Catering, first established in 1992, re-opened its doors following an AED 30 million refurbishment, unveiling a new kitchen area spanning 18,000ft2. The Jebel Ali Free Zone-based facility has, as a result, increased its capacity meteorically, from 500 meals per day to 45,000, and has its sights set on a number of new business avenues.

“We’re not new to catering; we’re new to mass catering,” Paul Hage, group culinary director Habtoor Hotels tells Catering News during a tour of the facility. “Three years ago we proposed to the board and our chairman that this place was getting old, and we had the potential to grow in the market.”

The team received the handover of the new facility in October 2015, and this was followed by several months of commissioning and testing. An important consideration was staffing, and Hage undertook a recruitment drive in Asia to bring in the first batch of 30 chefs who trained in the facility for three months before being allowed into the kitchen. Further groups of 30 have since come on board, and Hage expects there to be more than 150 team members once the facility is up and running at full capacity.

“Our advantage is that we know the market, we are not new in the market. What we’re trying to do now is avoid compromising on quality. There are lots of catering companies opening, but they also close every day”

In addition to a hefty kitchen workforce, strong leadership was required to oversee the team and drive new business into the facility, and so Ramy El Sayah was brought on board as general manager from competitor company, Intercat. “My background is in kitchen and production, so I needed someone to present this and sell it to the market,” explains Hage. “Ramy has a lot of experience in catering; he has worked with one of our biggest competitors and when he came in we increased from 500 to 12,000 meals per day.”

Having spent much of his 15-year career with Habtoor at the culinary helm of five-star hotels, offering five-star quality on a mass scale is Hage’s key challenge – and his number one objective – with Metropolitan Catering.  “Maintaining the quality of food is the biggest challenge. You’re not coming to a five-star hotel; we’re giving you food you can have anywhere but what makes it special is the quality of the service, and the quality of the food,” he says. “Our advantage is that we know the market, we are not new in the market. What we’re trying to do now is avoid compromising on quality. There are lots of catering companies opening, but they also close every day.”

MKN has been a strong partner of Al Habtoor Group for the past four years and today the company’s equipment features in the main kitchens of the Al Habtoor City hotels, Habtoor Grand and in Metropolitan Catering. “I would say that MKN is our partner and our advisor – it’s not just a customer relationship. I can advise them and they can advise me,” comments Hage. “They are not the kind of company that just sells you a machine. Once they send you it, they will monitor the machine; the after-sales aspect is very strong. For me, MKN is like the Rolls-Royce of kitchen equipment: you cannot damage it or break it. We’re working here with 17 – 20 nationalities and everyone has their different techniques so the machines have to be very strong to absorb all of that.”

Training and traceability are also essential to ensuring quality, says Hage. “I strongly believe in training; for every step in the kitchen, from receiving to the guest plate, we have training. Even for example, for a croissant – we can track what time the chef bakes it, what time we received it, the temperature of the products – we have a traceability system that can trace the product at any time.”

In addition to corporate clients such as Nissan, Total, Landmark, and Kimoha, currently Metropolitan Catering’s key business continues to be hotel canteens. The company provides 6,000 meals per day to its Al Habtoor City portfolio, Habtoor Grand Hotel and Radisson Blu Media City, however Hage admits this side of the business isn’t as simple – nor as lucrative – as it would seem.

“It’s not an easy job when you get emails saying they don’t like the food,” he says. “The quality is there, but sometimes the food doesn’t match the nationality, or there’s not enough variety. Sometimes people want more than just two different protein choices, so we have to play with the condiments, the marinades, the flavours.”

It is also challenging to generate revenues in staff canteen catering when using high quality ingredients, Hage explains. “Everything is imported, even the fruit and veg because it’s rare to find good local produce here, although it is starting to get better.”

Metropolitan Catering deals with suppliers from all over the world, and every two months the facility opens its doors to new companies to offer samples. “We’ll bring auditors, purchasing and finance to do a blind tasting and once we decide on quality, we’ll negotiate the price. Once we do that, we have a deal for three to six months and we’ll have one unique supplier for everything,” he says, naming Fresh Express and HP Enterprise among the partners.

“We have minimised the risk of people touching the food and of food poisoning. We have the latest technology on the market and we’re working in a smart way to avoid contamination”

Despite the challenges that come with hotel canteen catering, Hage reveals that a project is currently underway to create a facility inside a hotel in Abu Dhabi to expand the company’s business to the captial. This would have around 25% of the capacity of the Jebel Ali building, and would require a further AED 10 million investment.

In addition to geographical expansion, Hage is keen to diversify the company’s business into a number of new avenues – one being the wedding market. He comments: “It’s one of our targets, but we’re not ready yet to be honest. Weddings are critical – you can’t make any mistakes. Once we’re ready we will announce it and we’ll create a new brochure.”

Reinforcing its expertise as an outdoor events caterer – something it has been doing already for over two decades – is another objective for Metropolitan Catering, in addition to tapping into contract catering and private events. “We have more than 20 years’ experience on the market and we know what we’re doing. If we have any staff or equipment shortages, we have hotels, so the support is there. We also have our own team here and our own production department.

“We would love to go for cruise, boats, desert safaris – we don’t have many contracts yet because we are relatively new to market. We want more banquets, private events, private parties, private barbeques, villas. We are not just catering for hotels, we can do very high-end catering too, and this is our aim over the next 12 months,” Hage concludes. 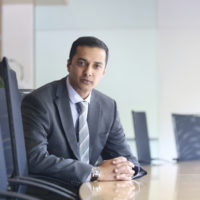 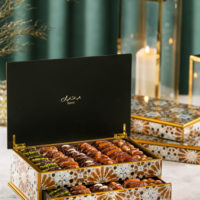 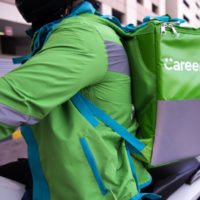