Posted under Catering News ME, F&B, News.
by Crystal Chesters | Published 4 years ago


Michelin-starred Italian celebrity chef, Alfredo Russo, will headline a series of events being hosted as part of the Italian Cuisine World Summit 2016 at Vivaldi by Alfredo Russo, Sheraton Dubai Creek Hotel and Towers. 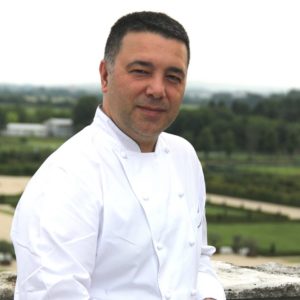 Taking place in Dubai from 7 – 17 November, the Italian Cuisine World Summit joins over 150,000 visitors with 60 hotels and Italian restaurants in Dubai and 40 Michelin-starred chefs.

Chef Alfredo Russo commented: “It’s an incredible honour to be able to participate in the Italian Cuisine World Summit and of course it’s always a pleasure when I have the opportunity to visit Vivaldi.

“Chef Fabio Genghini and the team do such a fine job. Now we have the opportunity to work together for the occasion of the gala and several other summit activities at the restaurant.”

The following evening, The Night of the Stars Gala will see each participating chef invent their own dishes, representing a culmination of cuisines worldwide.

“We truly believe in the importance of giving back and this is an excellent way to merge helping others with yet another fantastic activity surrounded by Chef Alfredo Russo’s visit to the property.”

The final event in the series will take place on 14 November, with Vivaldi by Alfredo Russo presenting the Lavazza Coffee Dinner, a four course coffee-paired meal.

talabat launches its first cloud kitchen concept in the UAE

IATA calls for the reopening of borders with testing, no quarantine required