26-year-old Deanna Naidoo recently took the reins at Table 9, Hilton Dubai Creek as senior chef de partie and acting head chef. We caught up with the South African chef on her journey in the hospitality industry. 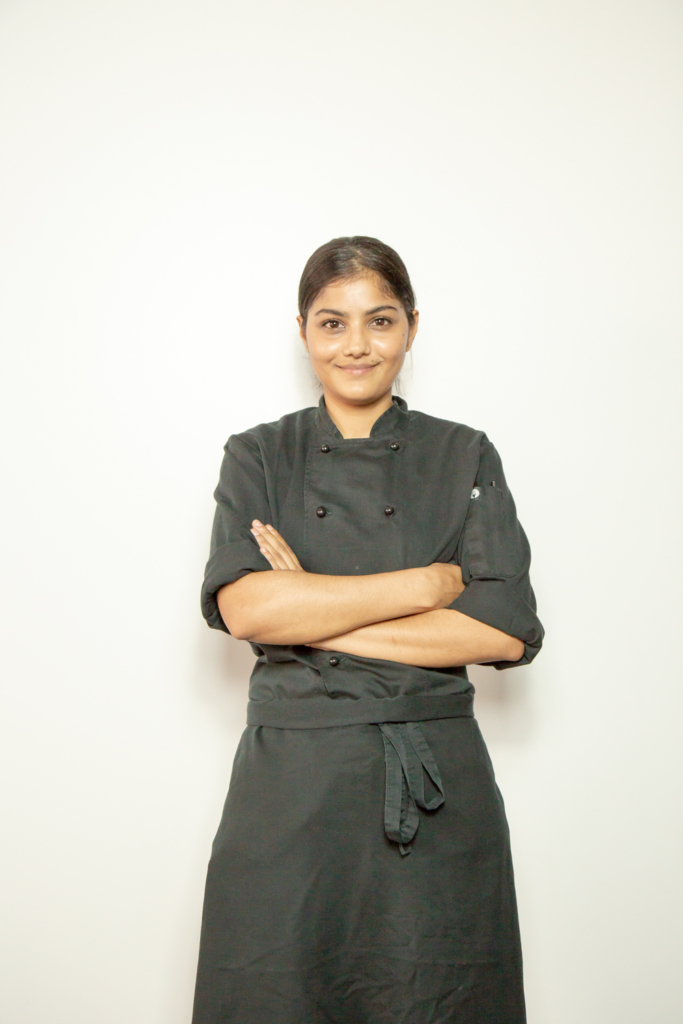 Tell us a little bit about yourself.
I started my career at Capsicum Culinary Studio in Pretoria, South Africa and after I completed my graduation I moved to Abu Dhabi and joined Hilton as an apprentice. I spent three years studying and working at the same time, with an opportunity to experience the action behind the scenes in different restaurants, learning different cuisines and specialties. After finishing the program, I was promoted to chef de partie at BICE Ristorante, Hilton Dubai Jumeirah.
After spending some time working in Maldives as a chef in a Spanish restaurant, I decided to move back to Dubai and take up the position of senior chef de partie at Table 9.

Describe your first ever role in the F&B industry.
I started as an apprentice with Hilton in 2014 and it was a great experience as I was given the opportunity to work in the various restaurants including Table 9. For me, the time spent at Table 9 was the most exciting as I had the opportunity to work with great chefs who had some serious cooking skills.

Describe your current role and responsibilities.
My current position is senior chef de partie at Table 9, but I am also the acting head chef at the moment. My main responsibilities include leading the team, ensuring the best food quality, menu planning, food costing, and conducting cooking classes.

Who has inspired you most in your career?
It has to be my grandmother and mother. My grandmother, who is also an amazing chef was the person who taught me how to cook and my mother always encouraged me to do what I’m passionate about.

How do you view the F&B scene in the region?
The Dubai food scene is growing every year, but I think it’s not as mature as the rest of the world. The modern cuisine is misunderstood and not appreciated in the way it should be.

What is the best aspect of your role?
The best aspect is definitely creating new dishes. Being able to share my ideas, put them onto the plate and have people enjoying it is by far the best part of the job.

If you could work in any restaurant in the world which would it be?
Without a doubt, Gaggan in Bangkok, Thailand, which is a place I recently visited. I think Gaggan Anand is an amazing chef who has taken food to a whole different level. I would love to learn from him and work with him.

What tip would you share with new staff starting out in the F&B industry in the region?
I would say that you should definitely have a passion for what you do, because without passion, it’s an extremely difficult industry to work in.