Richard Sandoval on Sustaining Growth In The Region

After expanding the successful Toro Toro brand to Abu Dhabi last year, Mexican Chef and the face behind some of the world’s leading Latin American restaurants Chef Richard Sandoval tells Catering News Middle East that the plan for 2018 is sustainability not growth, in an exclusive interview. 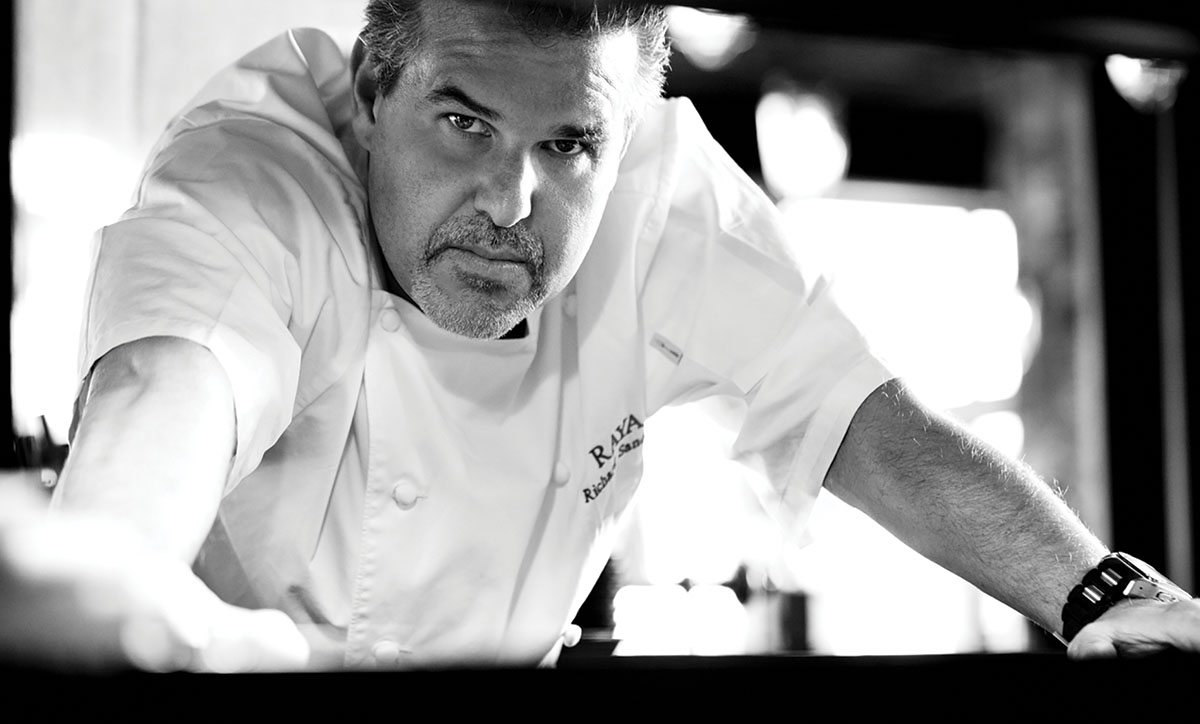 Overseeing the operations of over 52 Latin American restaurants spread across the globe, Chef Richard Sandoval opened the UAE’s first venue under the Toro Toro umbrella in 2011 at The Grosvenor House Dubai. Six years and a $5 million investment later, Toro Toro opened doors to the Abu Dhabi dining scene in September last year.

“Toro Toro Abu Dhabi came about when Turab Saleem, my partner asked me if I was interested in opening a branch in Abu Dhabi and showed me the location in Jumeirah Etihad Towers. I felt the venue was one of the best ever and the rest is history,” Chef Sandoval says.

“To create the menu I drew influences from my Mexican heritage and extensive travel through Latin, South and Central America,” Chef Sandoval explains.

“As a professional tennis player I spent a great deal of time travelling across South America, visiting the street markets there and learning about their ingredients which is where I gained a lot of my inspiration while creating the menu.”

The Toro Toro menu is designed to promote the sharing concept.

“With so many influences from different countries, the only way to really experience Toro Toro is to order many different small plates and share with your friends and family,” he says adding that the menu at the venue changes four times a year.

With the aim of building on the strong existing brand recognition in Dubai, Chef Sandoval explains why the Abu Dhabi venue will be the focus this year.

“My plans for 2018 are to make Toro Toro Abu Dhabi an icon in the region, as far as growth plans are concerned, we want to focus on improving our current operations instead of growing our business because 2018 is a year of sustainability not growth,” he says.

“Dubai and Abu Dhabi are two very different markets, with the main differentiating factor being the number of tourists you have in Dubai, it is much larger as compared to the capital therefore Dubai has a much larger pool of people.

“However the locals in both cities are very supportive of their local restaurants and have developed a culture of consistently dinning out which is good for the restaurant industry,” he says.

Operating more than 50 restaurants across the globe comes with its own challenges, but compromising on representing the culture has no place in Chef Sandoval’s diary.

In order to enhance the South American culture and experience at Toro Toro, the staff is picked from that very region.

“We typically hold job fairs in South America which is where we have employed our staff from,” he says.

“It is important for us to have staff that is representative of the culture we are showcasing  in our restaurants.

“In order to be consistent with your brand, you must have four key ingredients, one is systems in place, another is checks and balances to maintain consistency, third being a great training program and the fourth and most important factor is having passionate leaders in great people,” he adds.

All of those guidelines need to be followed especially when catering to a consumer base who are well versed with the concept of South American cuisine, according to Chef Sandoval who also adds that the reason Toro Toro stands out from its competitors is due to the originality and quality of their food and drink paired with the spaces they have brought to life.

“South American cuisine has become very popular in the region. When  I first opened Maya 10 years ago in Dubai there were two or three Latin American restaurants and today there are many more,” he says.

“I feel the community is very knowledgeable because the Latin restaurants that have been opening are truly authentic, leading me to believe that the guests are well aware of the different cuisines and Latin cultures,” he says.

However, the constantly growing dining scene in the UAE does not necessarily pave an optimistic path for the industry.

“I feel the dining scene in the UAE is in a great place right now and can be compared to some of the best cities around the world,” he explains.

“My only concern is that there are too many restaurants opening and there won’t be enough bodies to fill all the seats. This will create a culture of discounts which in turn will lower the standards and quality of the restaurants.”