Dubai welcomed a record 8.10 million international overnight tourists during the first six months of 2018, representing a consistent increase within the same period last year. Figures released by Dubai’s Department of Tourism and Commerce Marketing (Dubai Tourism) have confirmed the continued success of the emirate’s tourism sector, which at the end of 2017 was worth AED109 billion a year.  A destination of choice for a number of global markets, Dubai is on track for projected growth into the second half of 2018.

Top source markets continued to witness stable year-on-year performances in the first half of 2018, with India, Saudi Arabia and the UK retaining their top three positions when compared to the same period last year. India again brought in the highest number of international guests, crossing the one million mark over a six-month period, up by 3% year-on-year. Saudi Arabia and the UK retained their spots as the second and third largest feeder markets respectively, with the former rallying to a slight increase and remaining as the highest traffic driver from the GCC region. China ended the first half of 2018 in fourth place, continuing its upward trajectory by 9% to deliver 453,000 tourists. Meanwhile, Russia topped the growth charts with a stellar 74% increase over H1 2017, delivering 405,000 visitors to jump five positions within the top 10 source markets. Both markets continued to benefit from the added ease of travel access following the introduction of visa-on-arrival facilities for Chinese and Russian citizens in late 2016 and early 2017 respectively.

The first half of 2018 also witnessed increased contributions from the USA and Germany, standing strong at seventh and eighth positions with 327,000 and 302,000 visitors respectively. This affirmed the successful delivery of a diversified market strategy, activating multi-pronged efforts to prioritise maintenance of continued strong appeal to travellers from key source geographies, and increasing advocacy by focusing on targeted improvements to the tourism pillars that appeal most to these audiences.

His Excellency Helal Saeed Almarri, director general, Dubai Tourism, commented: “The first six months of 2018 have both generated and sustained a steady performance, supporting strong growth across our global feeder markets. Attracting 8.10 million visitors during the first half of 2018 stands us in good stead as we accelerate momentum towards our visionary aspiration of becoming the most visited city in the world. The varied offering of Dubai’s tourism proposition has steadily evolved, prudently yet actively responding to market demand, and increasing the emirate’s attractiveness among target visitor segments across our key markets. As such, we have strategically deployed partnerships to ensure we continue to stay relevant and front of mind to both first-time and repeat visitors, while simultaneously creating a steady stream of Dubai ambassadors.”

From a regional perspective, Western Europe contributed 21% of the overnight visitor volumes, maintaining its position from the same period last year as the largest source of visitors. With double digit percentage increases in visitor numbers in three of the top 20 source markets, France, Italy, and Germany witnessed strong increases of 18%, 11%, and 12% respectively.

With Dubai now attracting even more diverse audiences, Dubai Tourism is continuing to innovate and customise marketing-promotions delivery backed by strong insights-driven analytics and most time and audience relevant touchpoints within the travel decision ecosystem. This spans a myriad spectrum from the most recent success of the multi-award-winning #BeMyGuest campaign working with celebrity ambassadors to target a diaspora audience which drove over 100 million video views in eight weeks to strategic market specific agreements with leading Chinese digital and technology giants to further penetrate and raise consideration for Dubai as the travel destination of choice for China.

Additionally, future visa regulation changes will offer an added benefit for travellers to the UAE over the summer, exempting dependents aged 18 years or below from visa fees, a move that is expected to boost tourist numbers even further.

Spread across a total of 700 establishments, Dubai’s hotel room inventory stood at 111,317 at the end of June 2018, up 7% as compared to the same time last year.  With an increase in demand for mid-market hotels operating in Dubai, the number of 4-star properties has increased from 114 to 138 representing 25% of the rooms inventory. Occupied room nights were also up year-on-year with a total of 14.97 million as compared to 14.53 million during the same period in 2017, outlining the ongoing diversity and popularity of Dubai’s hospitality sector. 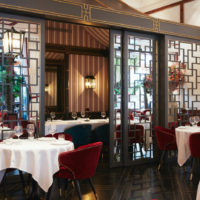 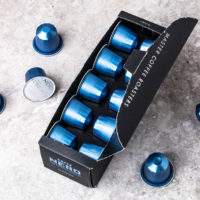 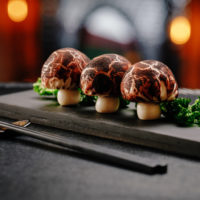