by Mahak Mannan
in Hotel News ME
A A

Meraas has signed a 10-year agreement with The Coca-Cola Company for the exclusive naming rights for Dubai’s biggest indoor, multipurpose arena. Upon completion, the 17,000-capacity arena will be known as the Coca-Cola Arena. 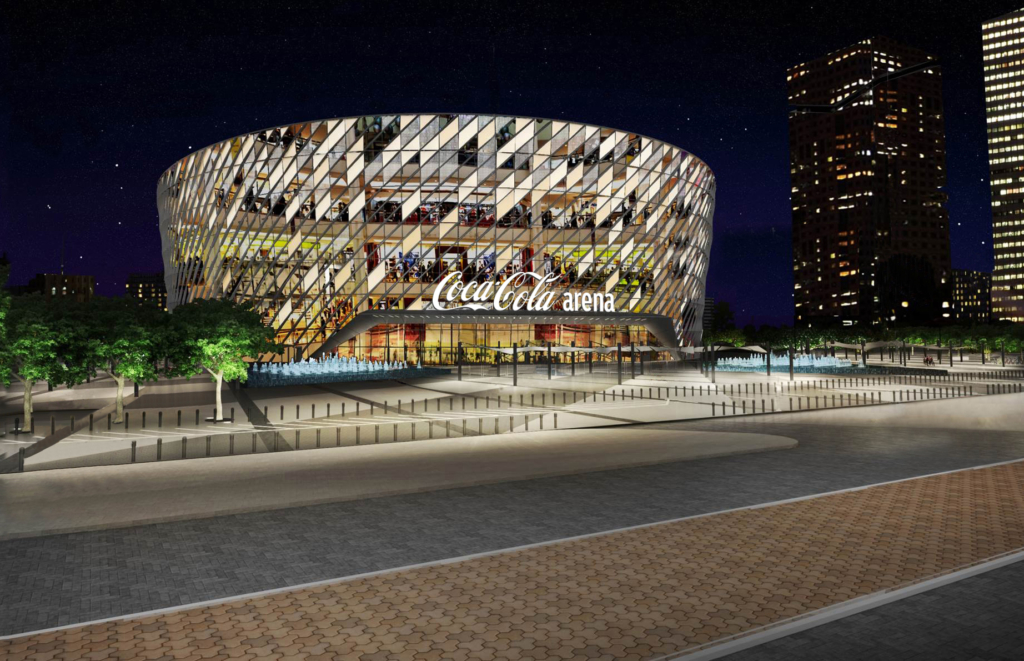 Located at City Walk in Dubai, the arena will open to the public in June this year.

Owned by Meraas, the Coca-Cola Arena will have the ability to host large scale live events all year round. While adding another dimension to Meraas’ diverse portfolio of projects, the arena will also bolster Dubai’s status as a year-round global tourist destination and foster the development of Dubai as an all-inclusive modern metropolis for its residents.

Meraas group chairman HE Abdulla Al Habbai said: “We are proud to have a company like Coca-Cola taking on the naming rights for the arena in the long-term. It is a testament to the unrivalled positioning of Dubai as a global tourism, leisure, and entertainment hub.

“Given all the strong fundamentals are now in place, the Coca-Cola Arena will undoubtedly attract world-class acts and performers from around the world to its stunning stage.”

Murat Ozgel, general manager of Coca-Cola Middle East and deputy president of Coca-Cola Middle East and North Africa, added, “We are proud to be a part of this highly anticipated entertainment destination which demonstrates our commitment to the region. The Cola-Cola Arena will build on Dubai’s thriving entertainment industry, positively contributing to the city’s ambitions to become a world-leading metropolis. The arena will create another iconic landmark in the city attracting visitors from across the world.

“In line with Dubai’s vision to create a smart and sustainable city, we are committed to making the Coca-Cola Arena a sustainable venue in line with our 2030 Environmental Goals.” 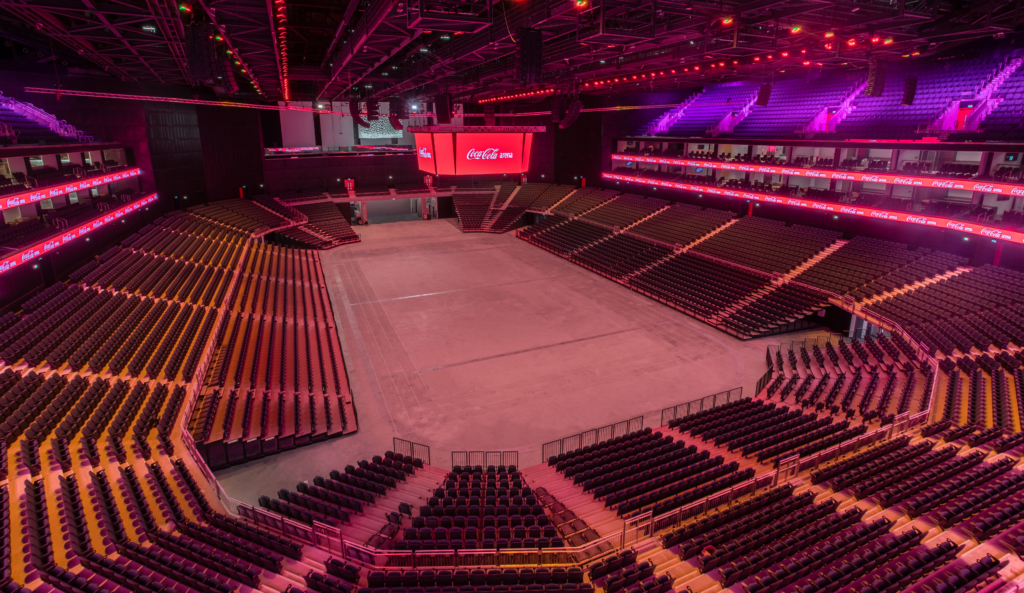 The multipurpose Coca-Cola Arena will be a fully air-conditioned indoor arena with end-stage, central and half-stage configuration capabilities. It is also, significantly, the biggest multipurpose arena of its kind between Istanbul and Singapore.

The Coca-Cola Arena is designed with sustainability in mind with the incorporation of innovative elements such as humidity capture A/C units, light and water sensors, LED lights, and an organic composter, the arena promises to be a crowning jewel for Coca-Cola and AEG Ogden.

Construction work on the indoor arena was announced in 2016 and has been moving ahead with several key targets already achieved. The building’s spectacular active-lit façade has been completed and fully installed, while the 42 hospitality and corporate suites are currently receiving their final touches.