The Corsica born chef grew up in Algeria and brings 17 years of experience, having begun his career in 1999 at Hotel Sheraton Club Des Pins Resort & Tower, Algeria.

Commenting on his new role, Halimi said: “My culinary focus is in French and Mediterranean cuisine; I aim to marry traditional cooking concepts with my take on modern techniques, which will hopefully put Jannah Burj Al Sarab on the forefront of contemporary dining in United Arab Emirates.

“I am also very eager to learn and share my knowledge with the team as nothing inspires creativity more than living in a new country and learning about its’ culture and traditions; while implementing that into my craft.”

In his first executive chef role, Halimi is tasked with revamping the hotel’s menus and concepts, and overseeing culinary operations, training and development for a team of eight.

Jannah Hotels & Resorts is a homegrown hotel operator founded in the Liwa Desert of the UAE. 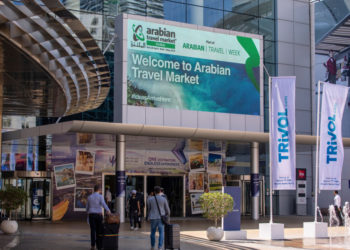