With investments in hotels and the infrastructure driving growth in Bahrain’s tourism sector, Hotel News ME evaluates how plans for the $1.1 billion expansion of Bahrain International Airport and a drive towards eco-tourism will help bolster the Kingdom’s cash flow. 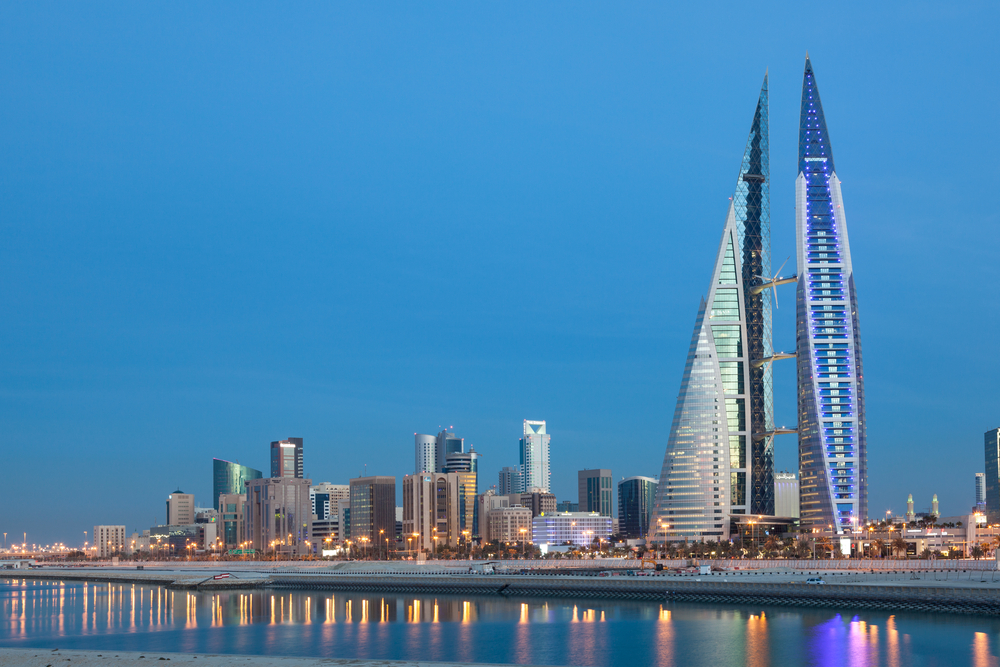 The kingdom of Bahrain rose to prominence as the region’s financial hub in the 1970s and today, despite increasing competition from its neighbours, it is bolstering this position as it leads the way in the Islamic banking segment, hosting the highest concentration of Islamic financial institutions globally.

The takaful segment represents one of the fastest growing segments in Bahrain’s insurance sector, itself boasting the highest insurance penetration rate in the GCC. Meanwhile a rising population is driving housing and transport infrastructure in the country with private contractors benefitting as a result. Looking forward, these expansions to rail and air links should boost the Kingdom’s tourism offering, with tourism’s contribution to GDP expected to grow significantly over the next 10 years, while elsewhere projects will drive Bahrain’s role as a regional logistics centre as the region aims to position itself as a key entry point to the GCC in the coming years.

The islands of Bahrain have been drawing visitors to their shores for centuries. Known as Dilmun in The Epic of Gilgamesh and Tylos by the ancient Greeks, Bahrain today is one of the Gulf’s leading centres for tourism. The country is an established stop on the Formula 1 Grand Prix circuit, as well as an important destination in the region for the meetings, incentives, conferences and exhibitions (MICE) sector. For such events Bahrain is seen as a gateway to customers and attendees from Saudi Arabia’s Eastern Province. Indeed, weekend and holiday visitors from surrounding GCC countries are the largest contributor to the tourism sector, the majority of which are from Saudi Arabia.

Bahrain’s location in the centre of the Gulf means it is within an hour’s flight from most of the GCC’s major cities, another factor which increases weekend travel. Saudi Arabia’s addition of a new secular holiday in 2012 and its switch to a Friday-Saturday weekend in line with the rest of the GCC has further boosted the number of weekend visitors. Some holiday weekends see more than 250,000 visitors enter Bahrain via the King Fahd Causeway.

According to the World Travel and Tourism Council (WTTC), the total tourism contribution to GDP in 2014 was $3.26bn, amounting to 10.2% of total GDP. The WTTC forecasts that tourism’s total contribution to GDP will rise by 7.6% in 2016 and by 5% per annum until 2024. This growth will be driven by increasing amounts of capital investment in the sector, which reached $556m in 2015 and according to projections released in 2014 by the Bahrain Institute of Hospitality and Retail, the local hospitality sector is on course to grow 7.6% Y-o-Y in 2016. In terms of the country’s global standing, Bahrain ranked 55th in World Economic Forum’s ‘Travel and Tourism Competitiveness Report’, which positioned the island nation third among all MENA countries behind the UAE and Qatar, but ahead of Oman, Jordan, and Saudi Arabia.

Bahrain is currently making large-scale investments in its infrastructure that will help drive growth and investment in tourism. The country’s $980m airport expansion will increase the capacity of Bahrain International Airport (BIA) to a total of 13.5m passengers per year, as well as greatly expand the services currently available. At present, the airport handles 9 million passengers per year through 724 flights a week that connect BIA to 44 other cities.

The airport expansion is in line with Bahrain Economic Vision 2030, the country’s long-term national development plan, which also calls for extending the King Fahd Causeway to Saudi Arabia, as well as introducing an integrated mass transit system to include light rail, bus rapid transit and a monorail service. The planned network will include stops in the vicinity of all of Bahrain’s principal tourism attractions. One such attraction is the Lost Paradise of Dilmun, a $50m water park that opened in September 2007. The 77,000-sq-metre site is the largest standalone water park in the Middle East, and is one of several properties held by joint-venture group Al Areen Holding Company in Bahrain. In 2014, expansion plans for the water park and the nearby 5-star Al Areen Palace and Spa Hotel were announced as part of the Al Areen city development project. The water park will receive new attractions, an interactive educational component and a new operating company, while the Al Areen Palace and Spa Hotel will be upgraded with the addition of a clinical spa and spa therapy training centre.

Shopping is another leading draw for tourists visiting the Kingdom. Bahrain City Centre, the largest mall in the country, features 330 retail outlets, two movie theatres, and its own indoor and outdoor water park. In addition, a new mall in Muharraq is currently under construction that will offer shops, an amphitheatre and a pedestrian corniche, adding to Bahrain’s attraction as a retail destination.

Illustrating the scale of Bahrain’s plans for the sector, more branded hotels are set to be built in the Kingdom than in Kuwait and Lebanon combined. According to the Directorate of Tourism, at the end of 2015 there were 14 internationally recognised 5-star hotels operating in the country.

Bahrain’s hotel market is also seeing consolidation. American hotel and leisure company Starwood Hotels and Resorts Worldwide announced plans to acquire new properties, including the takeover of a two-tower hotel property connected to Bahrain City Centre from Kempinski Grand. The existing Kempinski Grand and the Ixir Hotel are also expected to be rebranded as a Sheraton and Le Meriden.

Bahrain is a rarity among GCC states in that the country has been awarded two UNESCO World Heritage sites: Bahrain Fort and the Pearl Diving Trail. Although the Bahrain Fort is sometimes known as the British Fort, the site is far older than any modern nation state, with its foundations dating back at least 4500 years. The site was once the capital of the Dilmun civilisation.

The second UNESCO World Heritage site is the Pearl Diving Trail on the island of Muharraq. Included on the UNESCO list in June 2012, the site is testimony to the importance Bahrain’s pearl diving once held for the global economy. The trail is not a single site like most UNESCO World Heritage listings, rather it consists of 17 buildings and three oyster fields spread along a 3.5-km path. Yet beyond these two sites other important local tourist attractions include Umayyad-era mosques, ruins and burial mounds associated with the Dilmun civilisation, and a number of forts and souqs.

Bahrain is looking to unlock the rich potential for ecotourism. Indeed, one of the country’s most-well-known tourist attractions is an ecological one. The ‘Tree of Life’, which is located in the south of Bahrain and draws around 50,000 visitors a year, is believed to be 400 years old, and recent archaeological work has uncovered ruins of a fort near the site that is perhaps 500 years old. In 2007 a fence was put around the tree, with a full upgrade of the site completed in early 2014. The $786,800 project includes an amphitheatre, viewing area, kiosks and smaller attractions, all financed by Bahrain Petroleum Company.

Beyond the desert, the country’s mangrove swamp at Tubli Bay is listed under the Convention on Wetlands of International Importance, known more widely as the Ramsar Convention, which is an intergovernmental treaty that provides a remit for the conservation and responsible use of wetlands and their resources. The site can be enjoyed by kayakers during high tide and includes around 430,000 sq metres of mangroves, some of which can reach over 3.5 metres in height.

The area with the most ecological potential when it comes to tourism, however, is the Hawar Islands and the wider Bay of Bahrain. Though the Kingdom has so far been unsuccessful in its efforts to get the 16 Hawar Islands listed as a UNESCO World Heritage site over the last decade, the area’s unique ecology has the potential to become an important ecotourism destination. The islands are home to numerous birds of prey, gazelle, oryx and the world’s largest colony of Socotra cormorants, an endangered seabird native to the Gulf.

An international ruling in 2001 gave Bahrain control of the islands and the country recently began to attract investment in building up tourism in the area. The site is a short, 25-km ferry ride from Manama, with Hawar Island, the largest of the islands, home to a Best Western International resort which is owned by the Southern Area Development Company (SADC), a subsidiary of Mumtalakat. The resort reopened in early 2014 after undergoing extensive renovation. SADC has announced plans to add 100 rooms to the facility, which would increase capacity to 140 rooms, as well as open new restaurants and event rooms.

The area also offers significant diving potential. Indeed, the Bay of Bahrain which surrounds the Hawar Islands is home to rich coastal waters and diverse maritime species including dugongs, dolphins, as well as whale sharks, for which it is a primary breeding ground. In early 2014 the region moved forward with the development of the Northern Heyrat Preserve, a 1350-sq-km underwater park that includes four traditional pearl diving areas. The move will help to increase the country’s appeal to ecotourism enthusiasts, as well as protect the fragile underwater ecosystem. The project is set to be launched in 2015, with UN Environment Programme experts estimating that the site could eventually contribute up to $287m in tourism revenues.

Reef Arabia, based in Bahrain’s Hidd Industrial Area, has installed a number of artificial reefs in Bahrain that have the potential to improve diving in the area by providing a home for local aquatic life. Reef Arabia’s unique 3D-printed installations are the only ones currently approved for use across the GCC.

The strong growth of Bahrain’s tourism sector is likely to continue in the future given ongoing investments in hotels and infrastructure. Bahrain will see the opening of five international hotels in the next few years and the ongoing expansion of BIA, as well as several other infrastructure projects. These include the development of a mass transit system connected to the pan-GCC railway, which is due to be completed by 2018. Such projects will better connect Bahrain to both regional and global visitors.

The Kingdom not only hosts cultural attractions, but it also has the potential to be an important beach and ecotourism destination as well. In January 2014 Czech Airlines announced the launch of direct flights to the country from Prague. The airline became the third European carrier to fly to BIA after Lufthansa and British Airways. In the long term a tourist zone may possibly be established to include restaurants and resorts, among other facilities, on one of Bahrain’s 33 islands.