by admin
in Hotel News ME, Hotels, Interviews & Features, News
A A

Dr Hamed Bin Mohamed Khalifa Al Suwaidi is a patron of the arts and the founder of the Abu Dhabi Arts Society (ADAS). Pursuing a path of studies with a focus on tourism and hospitality, the visionary tells Hotel & Catering News Middle East about his journey towards helping cultivate the cultural identity of the capital.

Please tell us more about some of your biggest past projects.
The Abu Dhabi Arts Society: My passion for the arts and culture led me to establish The Abu Dhabi Arts Society (ADAS) in May of 2013. ADAS aims to cultivate the cultural identity of Abu Dhabi. Its mission is to foster inclusiveness in the local arts community and build bridges between cultural organisations from Abu Dhabi to the world.

Encompassing visual arts, poetry and music, ADAS aims to shine a light on traditional and emerging artists from the region and bring together a community of artists, collectors, scholars, and enthusiasts for private events, social gatherings and openings.

My interests are focused on exploring and understanding global cultures with a great interest in the world history, especially that of the emirate of Abu Dhabi and the UAE as a whole. As chairman of ADAS, I was motivated by my upbringing in an environment that was full of thought and creativity, so an appreciation of the arts has come naturally to me.

Mary Magdalene in Ecstasy Painting: On July 19, 2019, the British Ambassador presented an 18th century masterpiece painting titled ‘Mary Magdalene in Ecstasy’ to me, my home residence. This gift was a token of goodwill from the UK to the UAE as a symbol of the enduring friendship between the two countries in the Year of Tolerance 2019.

Tartan: One of the projects housed by ADAS was the creation of the first-ever Emirati tartan. Designed by Ken MacDonald and I, this tartan is made up of the traditional Pan-Arab colours that form the UAE’s flag, which was adopted on December 2, 1971. The colours (red, green, white and black) combine to form and symbolise Arab unity.

The designer who originally created the UAE flag was inspired by verses of a poem describing citizen acts with white representing peace and honesty, plains as green representing hope goodness and agriculture, battles as black representing strength of mind, courage and power, and swords as red representing bravery and sovereignty. The tartan was designed in a symmetrical manner to give equality and importance to each choice of colour and what it symbolises.

Abu Dhabi Tie: A special design of mine carrying the emblem of the emirate of Abu Dhabi, the dark-blue necktie embroidered with Abu Dhabi’s emblems of red, white, and black coloration finds a superb balance between classic design and modern styling.

The custom-made patriotic necktie reflects an authentic image of Abu Dhabi. The tie is manufactured by Benson & Clegg, one of the oldest silk weavers in England, part of the especially manufactured collections, also including cuff links and a lapel pin. The items were gifted to the General Secretariat of the Executive Council in August 2017.

Coming from a family which has contributed so much to the UAE’s arts and culture, how did you manage to carve out your individual path, while also building on your heritage?
I come from a family that’s deeply embedded in both industries – business and art. While I have always been active in the arts and culture industry out of pure passion, my educational background and career was within finance and accounting. This gave me the best of both worlds, as creative industries have a valuable place in economy and constitute a strategic sector to boost economic growth in the past few years.

Your PhD’s focus was on future managerial developments in tourism and hospitality; what are your thoughts on upcoming developments in the industry?
I think cultural tourism is extremely important, as it has a direct economic and social impact. It establishes and reinforces identity, helps build our heritage as a nation, while preserving historical heritage.

The UAE in general, and Abu Dhabi in specific, have identified themselves as top destinations for travelers in the past few years. Tourists get the chance to immerse themselves in local rituals and routines, and experience the traditional heritage while still experiencing the futuristic vision of the country. This includes the high-profile events run yearly such as Formula 1, and through the modern destinations such as the Louvre, Geggenheim, Qaser Al Hosn and other monuments/sculptors which were built for different purposes.

How can we bring the pillars of cultural identity into the world of hospitality, shifting focus to a more local approach?
We were also educated to open up to and benefit from the different cultures of the world, without forgetting our inherent heritage and culture.

In recognition of the importance and status of museums and cultural and artistic institutions in the country, we’re in partnership with a number of art galleries and museums, and provide cultural events and seminars, as well as the organisation of a series of lectures and dialogue sessions, which in turn will enrich the artistic and cultural scene in the country and region.

We also seek to build relationships with the biggest museums in the UAE in general, and the emirate of Abu Dhabi in particular, to highlight the role of such institutions as crucial resources for learning about different cultures.

What do you think makes Abu Dhabi a top tourist destination, and how do you see the future of hospitality and F&B in the city?
Every city in the UAE has its own unique vision. Dubai has always made its headlines worldwide as one of the best tourist destinations in the world.

However, Abu Dhabi has its own line-up of attractions and activations, through which it identifies itself differently. Through an extensive cultural programme, which includes museum developments, temporary exhibitions and educational initiatives, it has placed its legacy on the map as one of the biggest tourist designations for a rich and unique cultural experience.

In the past few years only, it has become a centre that engages residents and tourists by preserving and presenting the UAE’s rich cultural heritage, and bringing the best of museums’ expertise, visuals, and performing arts programming to the region. This ranges from the beautiful architecture of the Sheikh Zayed Grand Mosque, to its entertaining theme parks (Ferrari World, Warner Brothers World, Yas Waterworld), and all the cultural destinations and museums on Saadiyat Island. 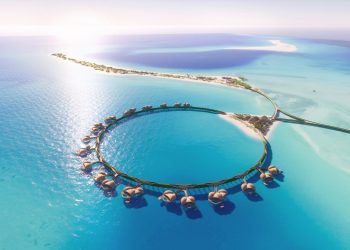 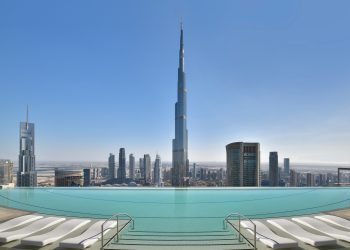 This Summer, Stay and Save at Address Hotels and Resorts