There are only three weeks left until the closing date for S. Pellegrino Young Chef Award 2016 – the global scouting project to find the best young chef in the world.

The S. Pellegrino competition sees the world divided into 20 areas, with around 100 top chefs as jurors across the globe, 20 young chef finalists, 20 chef mentors and a chef’s jury.

Last year, more than 3,000 entries were received and two chefs from the UAE made it to the semi-finals competing at a local competition. 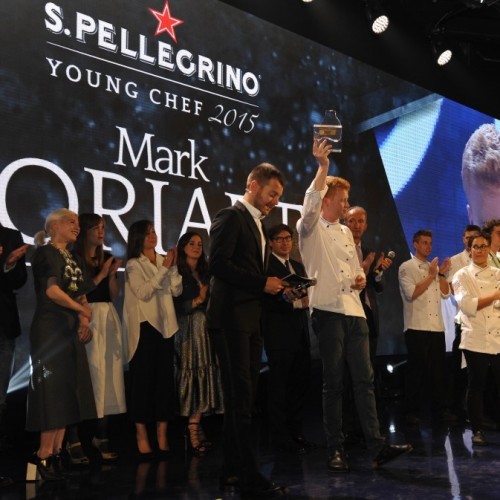 Mark Moriarty from Ireland was crowned the 2015 winner

All young chefs can submit their application together with their signature dish on www.finedininglovers.com.

The chefs need to be under 30 and working as professionals in a restaurant, either as chefs, sous chefs or chefs de partie, for at least one year.  The deadline for entries is 31 March, 2016.

The journey of the international competition will continue through various selections made by ALMA, the International School of Italian Cuisine.

During Phase 1 of the S. Pellegrino Young Chef Award, all applications will be divided into 20 geographical regions and 10 semi-finalists will be selected from each region to compete at a local event.

During Phase 2, during the local competitions in each of the 20 geographical areas, a local jury will select a winner according to five golden rules: ingredients, skills, genius, beauty and message.

The 20 finalists will then challenge each other during the Grand Finale that will take place on 13 October in Milan.

On this occasion the international panel of judges, the Seven Sages, will crown the S.Pellegrino Young Chef 2016.

Chef Uwe Micheel, director of kitchens, Radisson Blu Hotel Dubai Deira Creek and president of Emirates Culinary Guild, a regional supporters of the award said: “SP Young Chef Award is a great opportunity for young chefs to demonstrate both their talent and creative skills to the industry and get recognised for what sets them apart in a very competitive industry.

“The award paves the way for a new generation of gastronomists and helps build and retain a competitive workforce which plays an important role in sustaining the sector’s growth and development.”