Thamer Al Qasemi, Chairman of the organising committee for SIAL 2016 said: “SIAL has witnessed unprecedented growth during the last seven years. In 2010 we had eight national pavilions, 7,200 visitors and floor space of 4426m2.

Meanwhile, Jenaan Investments signed an MOU with the Sudanese Finance Ministry to establish the biggest date palm farm in the world, with a total of 221 million trees to be planted in Sudan over a 13-year period.

The Weqaya logo is the official mark of healthy eating in Abu Dhabi and is only permitted on foods and in food outlets that meet strict requirements on preparation and ingredients.

In addition to some major business deals, SIAL Middle East also hosted events and competitions on the show floor, with winners from across the world taking home accolades.

The Silver Award was presented to Al Ain Diary for its Breakfast Milk, while Icelandic food company, Complete Global International Apoly Trade., was awarded the Bronze prize for its Vikingur food supplement.

Rounding out the show floor events, and organised by the Emirates Culinary Guild of Abu Dhabi, in collaboration with the World Association of Chefs’ Societies, La Cuisine featured over 1000 professional chefs competing in a variety of culinary competitions.

These included the Alen Thong Golden Coffee Pot, Young Chefs Challenge, launched in memory of one of the Emirates Culinary Guild’s founding fathers, which was awarded to the Singapore team at the La Cuisine prize giving ceremony at the Shangri-La Hotel, Qaryat al Beri, Abu Dhabi on Wednesday 7 December.

Commenting on SIAL’s expanding role in the region’s food and beverage industry, Fadi Saad, SIAL managing director, SIAL Middle East, said: “Innovation in the food industry is not only trending around the globe, it is accelerating thanks to the digital environment we all live in and it is an aspect that we have been keen to showcase.”

Emirates International Group for Food and Agriculture and Al Rawabi are Silver Sponsors; Mawasim and Agthia are Bronze Sponsors; LuLu is the official Retail Partner; Etihad Airways is the Official Airline; and Emirates Culinary Guild and World Association of Chefs are Culinary Partners. 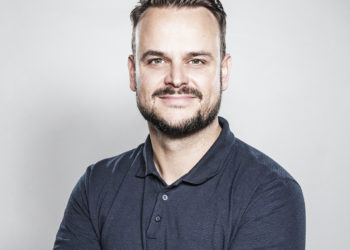