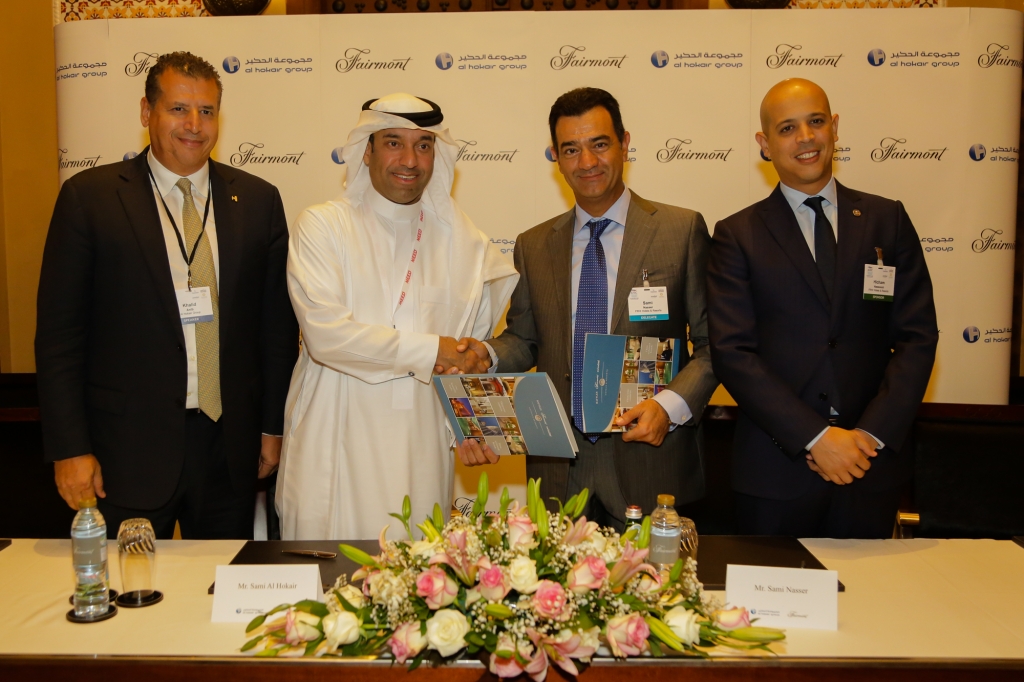 The two new projects include Fairmont Taghazout Bay, Morocco and Fairmont Al Khobar, Saudi Arabia, which are both scheduled to open before 2020.

The development of these properties will see Fairmont’s luxury hotel portfolio in the Middle East, Africa and India  region increase to 20 hotels by 2020, more than doubling the regional pipeline and boosting the brand’s presence within two major economic and tourist hubs.

Speaking at AHIC, Sami Nasser, senior vice president of operations for FRHI in the MEAI, said: “The market for luxury accommodations in Morocco and Saudi Arabia is growing at a rapid pace with an excellent outlook for investment performance. We are happy to increase our presence and our commitment to these dynamic regions and look forward to successfully launching these new hotels while continuing to explore future development opportunities throughout the region and globally.”

Fairmont Taghazout Bay which is scheduled to open in 2019, will be situated in Taghazout Bay, a 615 hectare seaside resort located 18 km north of Agadir on the Atlantic coast. The hotel sits on 180,000 square meters of beachfront adjacent to the 18-hole golf course designed by Kyle Phillips which was recently completed in 2014. The hotel is also set to feature 155 spacious guestrooms, with sea facing views, in addition to 52 Fairmont branded villas, to be released for sale later this year, which will be the first luxury waterfront villas of this kind in the country.

Fairmont Al Khobar is still in the development stages and is set to open in 2020, the new property will be situated in Al Khobar on the coast of the Arabian Gulf. This area, together with the neighboring cities of Dammam and Dhahran, form the Dammam Metropolitan Area, the capital of the Eastern Province.

In addition to the 240 guestrooms and 12 serviced residences, the property will feature over 4,000 square meters (approximately 43,000 square feet) of meeting and conference space including the largest ballroom in the province. A variety of food and beverage offerings including a vibrant lobby lounge, specialty restaurant and gourmet pastry café plus a range of wellness and fitness facilities, including a spa, will be available.

This announcement marks parent company FRHI Hotels and Resorts’ second venture into the heart of Saudi Arabia’s oil industry in the eastern part of the country, having previously announced the development of the 180-room Swissôtel Al Khobar, set to open in 2019.