Posted under News.
by Dina Maaty | Published 5 years ago


This month Hotel News ME, in association with Rikan General Trading held a roundtable event at the Radisson Blu, Media City to discuss the main challenges faced by the industry and what the experts wholesomely anticipate to see for the upcoming year in terms of growth.

What according to you, will be the single most important trend to be seen within the Middle Eastern hospitality industry in 2015? 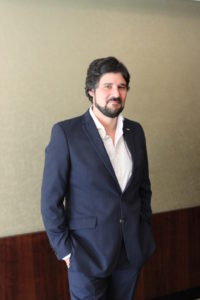 Allan: What I hope is going to be the most important trend going into 2015 is the supply coming into the market, that the majority of hoteliers recognise they drive RGI best by pushing rates rather than the majority positioning themselves in the defector position of our occupancy strategy, that it is no longer going to be viable going into 2015. 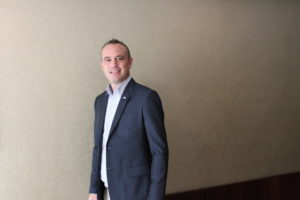 Reinisch: I completely agree, this year it is very important with the increased supply and the small glitches within the market, it is more important for hotels and resorts to focus on the unique competitive advantages, instead of just joining the rate game that we see. We do not just want our properties to become another commodity, so it is really very important to talk about how unique our various properties are. 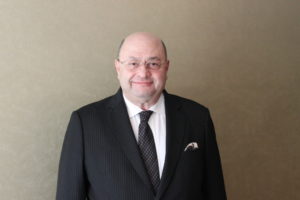 Mansourian:  We must also not forget that there are however, many plus rooms around, and that often makes it very difficult to achieve your average room rate and to fill at complete occupancy. It is all good and well to work in a hotel and wear a nice suit, but we have to put plans around, budgets in place. We have a hard year in front of us. Dditionally, you to have a good team and be a hands on person. I open it in the morning and I close it in the evening, this is my business.  Sometimes I can spend up to 20 hours at work, so you can’t be a person who does a 9 to 5 and turns around and goes home, its full time job. 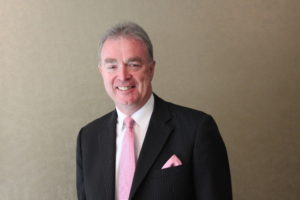 Purcell:  It remains a typical buyer’s market totally driven by price. All are in agreement that increasingly higher booking volumes pass through intermediaries that are putting pressure on rates. This trend will continue to grow and I would love to see  the RGI go up, but the reality is a much bleaker picture, in the UAE there are three markets, Dubai Abu Dhabi and the rest of us, Ajman falls into the rest of us, the rooms available are picking up but not the occupancy and not the rate. 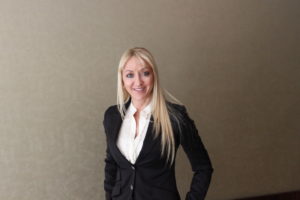 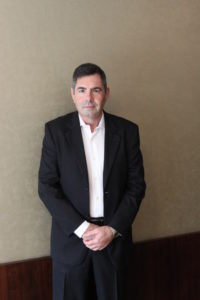 Shearer: I think there is a little statement to make about room rates, there’s no way we can hold a mark on room rates in the UAE. Anyone who has ever been on a down-mark knows it is not beneficial. You need to assess the market and leisure factors. We have to diversify and you’ve just got to make sure you hit that spread. I think everyone else is pulling down the rates and if you look at the OTA’s you can see some on those rates dropping. You’ve got to look at the market place and look at your position in the market place  and plan when you can. 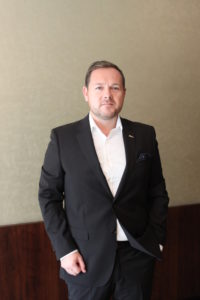 Collier: I think the corporate market is going to be significant this year, I think  that properties have potentially been fighting for corporate shares in the past and there has been a significant shift in the last quarter. I think that’s going to continue into this year. I think we are all going to be fighting for the same thing in terms of corporate business and fingers crossed we can have a little bit of confidence not to drop too much out too early because then it would become a real touchy situation. 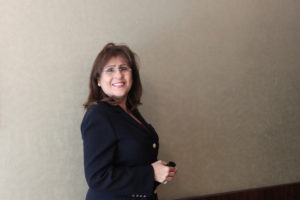 Jaffer: People have got more money in their pocket, especially the importers.  Africa is a market we should be tackling now. Because they are becoming more important, we can see that already. The picture is here is focussing on the segment we ought to be targeting, we are not as aware to brand as the previous generation were. We are more technically savvy so perhaps our marketing should be changing to show we are going more towards the millennial mindset. 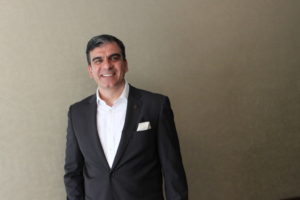 Arora: With oil prices coming down we also need to anticipate travelling will get cheaper eventually. At the minute airlines are holding their prices because they are seeing losses. So we need to tap into that and re-group with the bosses. Eventually, they will have to bring the prices down which will make travelling cheaper, that is undisputed by around April/May. There are pros and cons but on the contrary if prices go down the infrastructure will also go down in this region. I was reading an article in gulf news where Saudi government is also planning to cut down because 15% of their budget is towards payroll and that is a significant market for Dubai.

Jaffer: So to tap on your point people who are not oil exporters but oil importers are now seeing that oil is cheaper for them and middle class people have a lot more money to spend and what they will want to do is built on their horizons and travel to places like Dubai. Which I believe will create a much bigger influx by 2016.

Reinisch: Don’t forget there are three theme parks in constructions that will be invested in by millions of people and we will not have enough room when it’s ready. We have to see this as a blip in the market and a very painful one at that. In the long term we need more rooms, as a company of course we are trying to bridge the gap between budgets and revenues and profits.

Hotel apartments are still in profit, they are still doing very well. Our plan and focus now is to have an inventor ready for 3 to 4 years’ time.

What are the avenues for growth within the industry over the next few years?

Jaffer: With a drop in oil prices, the trouble hitting an old time low, Iran and its softened US sanctions, Dubai will witness a change in feeder markets, a greater growth being witnessed from emerging and oil importing markets, whose consumers have more money in their pockets as petrol prices drop. Since Dubai has lent itself to being a destination worthy of once in a life time visit, it will also be attractive to mature markets like  China & India and we have to be ready for a greater use of our welcomes of Ni hao & Namaste. 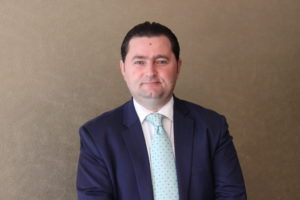 El Behi: Last year the returns were around 12-15% which is a real dream for owners but if you look at the bench mark, the bench mark is between  8-10%. Across Dubai last year, most of the owners got between a 12-15% return.  Tangible stats from 2013 vs. 2014, the first 6 months there was a 6 % increase in guest visits, 15% increase in total revenue and so the indicators are promising. Moving ahead, I think this year it is all about hotels with complications with price value that might take a strategy. 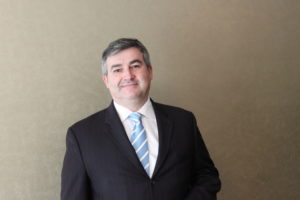 Gibaja: The key for us is to just maintain the rates for the moment. We do however have a tactic and we know that the guests are coming back to us for the service. I mean if you want to drop the rates then drop the rates, but how are you going to maintain the service and the product? His highness has a vision and he wanted to make sure we had 12 million visitors into the country, so I see a massive emphasise on growth.

Janssen: You are talking about new competition coming in from the market place  and when something like that happens you have to look at your own property and say have I got this right and where you are placed in the market place and what position you are in vs. what position they are in on the market place. Where are they getting their market share? We see long term; we cannot judge the next 6 months because the indicators are there that there is room for growth.

Shearer:  STR has forecast that this year here has been a 7% increase in supply and a 5% increase in demand. So revenue is 0.9 in comparison to last year. So for 2015 to 2016 is on the up, it is also very important to have the right people involved in your team.

Reinisch : There are three theme parks in constructions that will be invested in by millions of people and we will not have enough rooms when they are ready. In the long run we need more rooms, as a company of course we are trying to bridge the gap between budgets, revenues and profits.

Hotel apartments are still in profit and they are still doing very well. Our plan and focus now is to have an inventor ready for 3 to 4 years time.

What is the one thing that hoteliers are currently not paying enough attention to that should ideally be addressed?

Purcell: We have to be very careful that we don’t focus too much on the product instead of the people and the service. We are all going to be competing on the same level of rates, what is going to set us apart is the quality of service. We need to start training and developing our people, I’ve just come from over-seas and it really is horrifying some the things we do here to get better. The people are our biggest asset, not the rooms, not the lobby not the variety of restaurants that we have, it’s about the level of service we get from the concierge and the staff. We really have to get a lot better at treating our people. It is not just the salary we need to look at, but where they live, we have to look at how we treat them as human beings and we’ve got to retain them.

Eleni:  It’s our biggest problem, sourcing takes 45% of our budget and that’s a huge expense and we see how employees are turning around.

Jaffer : Talent retention is another important strategy.  Research shows that 46% of employees expect to move jobs in two years, staff turnover costs eating into profits.  Focusing on loyalty schemes or bonuses related to pre-set KPI get hit on the head as competition from new hotel openings take effect when carrots are waved. Hoteliers do not pay attention in mounting strategies to make work colleagues belong by looking into a  work ethic of empowerment, self worth and dignity by developing a work culture that is difficult to depart from. Such strategies are only as good as the leaders and should be aligned to business strategies, to be working in tandem and not on an ad-hoc  basis, to be sustainable.

Samir Arora: We also need to lok at our recruitment strategy as hoteliers, we need to take more time and more responsibility in terms of who we recruit and keeping them in the orgaisation, more emphasis on training and development. There are many skilled people that have been working within the same industry for over 20 years with no room to progress. We need to make more room for progression.