Posted under News.
by Sophia Soltani | Published 4 years ago


According to the latest report from STR, hotels in the Middle East reported negative results in October 2016, while hotels in Africa posted mixed results in the three key performance metrics.

Additional information revealed that Jordan recorded an increases in occupancy from 3.9% to 60.6% – RevPar indicators also increased by 2.4% to JOD60.66. Despite the increase in occupancy, ADR in the country decreased by 1.5% to JOD100.11. Rates in the country have been consistently cheaper copared to the same period last year, down by 4.3% year to date, while demand has trended upward, reaching 6.9% growth through the first 10 months of 2016. STR analysts revealed that “the demand upswing has come while tourist arrivals have fallen year to date -1.3% according to the Ministry of Tourism & Antiquities.”

Nigeria posted increases across the three key performance metrics. Occupancy rose 4.2% to 48.3%, ADR was up 13.3% to an all-time high for the country NGN49,251.44 and RevPAR grew 18.0% to NGN23,795.19. STR analysts attribute the spike in rate to inflation in the country, while occupancy has been helped by slowing supply growth during the recession.

The UAE reported decreases in each of the three metrics. Occupancy dipped 2.9% to 75.6%, and ADR dropped 9.6% to AED668.05, the lowest for an October since 2005. As a result, RevPAR declined 12.3% to AED505.34. October was the 22nd consecutive month of year-over-year ADR decreases in the United Arab Emirates, due in part to consistent and significant supply growth (+5.1% year to date). At the same time, demand has remained strong, up 5.0% year to date.

Cairo, Egypt, experienced a growth in occupancy (+4.6% to 57.9%) and RevPAR (+4.5% to EGP478.29) while ADR was nearly flat (-0.1% to EGP826.62). Demand is up 11.1% year to date in the market, and STR analysts believe that strong weekend business indicates a recovery in leisure demand. That recovery in hotel demand has come even with a 41.8% drop in tourist arrivals to Egypt through September, as reported by the Central Agency for Public Reserves and Statistics.  On 6 October, Armed Forces Day, Cairo’s occupancy jumped to 67.0%, which was more than 9% higher than the average for the month.

Dubai reported declines across the three key performance metrics. Occupancy fell 2.0% to 78.0%, ADR was down 9.8% to AED764.63 and RevPAR dropped 11.6% to AED596.16. Strong supply growth (+5.8% year to date) has slightly outpaced a year-to-date demand increase (+5.6%) in the market. In addition to the strong development pipeline, STR analysts attribute Dubai’s performance to a decline in visitors from the drop in oil prices.

Riyadh, Saudi Arabia, reported decreases in each of the three metrics: occupancy (-7.2% to 56.2%), ADR (-3.6% to SAR796.30) and RevPAR (-10.6% to SAR447.46). As one of the Gulf Cooperation Council’s key hubs, Riyadh is heavily dependent on corporate travel. That business has suffered with the drop in oil prices, and coupled with significant supply growth (+8.9% year to date), Riyadh’s performance has slumped. 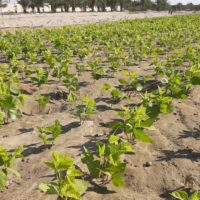 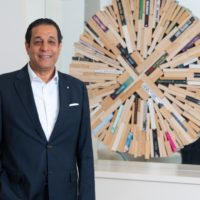 Brunch & Cake to open two new locations in the UAE