The Chennai-based brand has been in the UAE for 15 years, and is franchised in the GCC and Hong Kong by and in partnership with LMZ Cuisines, the food and beverage subsidiary of Landmark Zenath (LMZ) Group. 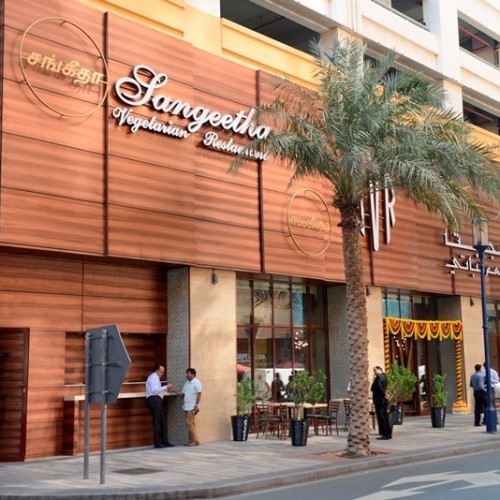 Sangeetha Restaurants Worldwide managing director Raj Gopal commented: “We aim to bring Sangeetha’s signature fresh and authentic vegetarian fare closer to the people who love good food, and the Al Ghurair Centre is the best choice for our first mall outlet in the UAE, considering the number of families, office staff, and tourists in the area.”

Sangeetha Worldwide now has eight restaurants in the UAE, two in Malaysia, one each in Bahrain, Hong Kong, France, the UK and the US, and 32 in India.

The chain is set to open in Australia this year and there are talks under way regarding expansion of the brand’s presence in Qatar, the US and UK.

Plans are also in place for restaurants in Kuwait and Saudi Arabia.

The first Sangeetha restaurant was opened in 1984 in Chennai, then called Madras, in the south Indian state of Tamil Nadu.

In addition to the new Deira outlet, Sangeetha restaurants are located in Bur Dubai, Karama, and Al Qusais in Dubai; Abu Shagara in Sharjah; and Electra Street, Salam Street, and Musaffah in Abu Dhabi.