by Crystal Chesters
in Catering, F&B, Interviews & Features, News, People
A A 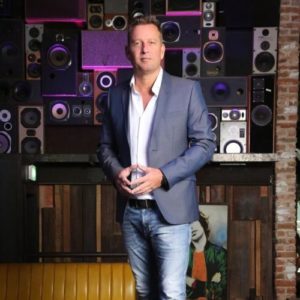 As Freek Teusink, creative director of Solutions Leisure, quite rightly admits, he and his three colleagues at the helm of the Dubai-based entertainment and nightlife group are “busy boys”. The company is behind homegrown venues Q43 in Media One Hotel and Lock, Stock & Barrel in Grand Millennium Al Barsha, and the franchise operations of Asia Asia in Dubai Marina’s Pier 7 and Karma Kafé in Souk Al Bahar, and it continues to expand, with an exciting new project confirmed in the pipeline. And despite Teusink’s admission that “real estate is the biggest challenge in Dubai”, Solutions Leisure has even managed to snare one of Dubai’s prime spaces for the concept.

“Abu Dhabi would be an option; there’s already interest because obviously it’s a great success, people in the industry have seen it and understand it, so there is some demand from abroad as well. I know there’s interest from Singapore and from Australia”

The new project is Australian seafood restaurant, The Atlantic, the company’s second Souk Al Bahar venue, to be located in the coveted space previously occupied by Thai brand Mango Tree Worldwide. Set to open by the end of September, the restaurant will seat 200 inside and on its terrace overlooking The Dubai Fountain. “We had seen Atlantic before and we thought it was a great brand. We spoke with the owner and the click was there; they saw what we do, so we already had this [relationship],” says Teusink.

“When we looked at real estate we always thought it needs water at least, it needs a terrace and then we knew Mango Tree was going out. Of course we already rent Karma Kafé in Souk Al Bahar and Asia Asia in Pier 7 from Emaar Hospitality so we had that relationship too and they were very happy for us to take [the restaurant].”

Designed by Amsterdam-based Eleven, the upscale venue will have “slightly industrial” interiors and the menu, being created by Yorkshire-born celebrity chef Donovan Cooke who is at the helm of the Melbourne venue, is to be a smaller version of the original, with items such as langoustines, fish & chips, and a selection of oysters from a dedicated oyster bar.

The company is also scouting out locations for a second Lock Stock & Barrel, just four months after the launch of the casual, industrial, alternative live music brand in Grand Millennium Hotel Al Barsha, Dubai. The venue has outperformed its targets by almost threefold, and the team have been overwhelmed with its success, so already Teusink can confidently say it is here to stay.

“With [Lock, Stock & Barrel] we don’t have any doubts. You always have your ups and downs but this is going to be very successful for a long time. It has a timeless interior and I think it will still be current three years from now from a décor point of view”

“With this venue we don’t have any doubts. You always have your ups and downs but this is going to be very successful for a long time. It has a timeless interior and I think it will still be current three years from now from a décor point of view.”

Industrial is a design trend many developers have been getting on board with over the past few years, with the likes of Tom & Serg and Fümé just some of the Dubai examples. But according to Teusink, it takes a certain vision to create the atmosphere and volumes Q43, Lock Stock & Barrel and Asia Asia enjoy. He admits the team “think about every square metre of the venue” so that “even if you’re the first person in you feel comfortable”. It all starts at the development stage, with Teusink walking around the space, and quite literally making marks in the sand with his feet to outline where seats, bars, and speakers will be located.

“If I’m designing a venue, the materials are important but the most important thing is that you walk around the venue and with every seat you sit on, you feel like you have the best seat in the house. I am very old fashioned with how I do it; I walk around and if I get a chance I’ll put my foot in the sand and say ‘here’s the bar; do I feel right here?’”

For example, in Lock, Stock & Barrel, instead of placing the stage on the elevated area at the back of the room, which would be the natural fit, Teusink chose to set it in the centre of the space to create a more intimate atmosphere. This means that wherever you stand, you feel you are in the midst of the action.

With new venue, The Atlantic, being a franchise, Teusink expects to have less creative control, but he believes he will be able to make his mark in some way. “You always have an influence on it and if it doesn’t feel right then I’ll speak up,” he says.

During the development phase of Asia Asia, for example, Solutions Leisure was given plenty of leeway to be creative, and altered the specs to create a concept that almost feels homegrown. “We had a big influence on Asia Asia, but you can use the elements from the franchise inside your plan and that works very well,” he explains.

While Teusink is the main lead when it comes to the design of Solutions Leisure venues, he reveals that every concept is a huge team effort, with his partner Paul Evans, managing director, looking after the development and expansion of the company; Sacha Daniel, group operations director taking care of food and beverage; and Spencer Hartwell in charge of marketing and promotions.

Teusink’s partnership with Evans began back in 2000 in Egypt. Previously a sound engineer, the Dutch national had moved there to launch a bar business, which he says “became a little empire where we had Ministry of Sound, Hed Kandi, beach clubs and numerous bars all over Egypt”. Following the Egyptian Revolution of 2011, Evans and Teusink decided to move to Dubai and recreate what they had achieved in Egypt. Now with four strong concepts under their belts and another opening in some of Dubai’s most sought-after real estate, Solutions Leisure is gaining ground rapidly, making a solid mark on Dubai’s F&B scene.

However, the company is not limited to Dubai; there has also been interest from Abu Dhabi for Lock, Stock & Barrel, as well as internationally, from Singapore and Australia.

“Abu Dhabi would be an option; there’s already interest because obviously it’s a great success, people in the industry have seen it and understand it, so there is some demand from abroad as well. I know there’s interest from Singapore and from Australia,” says Teusink, who reveals that the goal is to expand by two to three venues per year, with a focus on creating “a few more” Lock Stock & Barrel concepts, however not necessarily using exactly the same branding.

“I’m not sure if we’ll keep the name but the concept, yes. If we find the right locations we’ll make more of them,” says Teusink. In addition to Lock Stock & Barrel expansion, the company will also open another Q43 if the location is right, and is looking to create and franchise more brands.

“We really like what we’re doing, we’ve got a great team and we’re expanding it on a daily basis and it’s our vision to grow by two to three venues a year if the right real estate comes up. It’s very exciting; we have a lot of concepts in mind. We have great partners we have spoken with – other franchisors – and if the right real estate comes up we’re always ready to go.”