Jumeirah Group, the Dubai-based luxury hotel company and a member of Dubai Holding, has won four accolades at the World Travel Awards 2015 held in Sardinia, Italy. 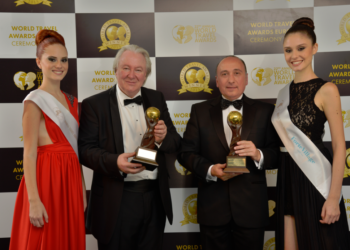 Doris Greif as Regional Vice President Europe and General Manager of Jumeirah Frankfurt, said: “We are delighted to have been awarded four accolades from the World Travel Awards. This achievement recognises the commitment to excellence which Jumeirah has demonstrated across Europe and the dedication from our colleagues, who continue to deliver exceptional service around the world for our guests.”