by Section Editor
in Catering, News
A A

Kitch, a hybrid, delivery-focused cloud kitchen and store-front operator, has announced a partnership with Barbar restaurant to expand operations to key cities across the Gulf Cooperation Council (GCC).

Following the franchise agreement with Kitch, the first Barbar restaurant in the GCC will open in Dubai, to be followed by further expansion in the UAE, Saudi Arabia and Qatar. The new 600 square metre Barbar, located in Hessa Street, will offer both dine-in and delivery services.

Eight restaurants and cloud kitchens will open in the UAE, and 20 in Saudi Arabia, four of which will start operating in Riyadh in the second quarter of this year. Kitch will also open two Barbar restaurants in Qatar by the beginning of 2022.

Mohammad Ghaziri launched Barbar in 1979 as a small ‘Manouche’ bakery in front of the famous Piccadilly theatre in the heart of Beirut. Within the first few years of opening, the restaurant was being frequented by singers, artists and celebrities who performed at the theatre.

As a family business, Barbar was built from the ground up over the years, introducing new items such as shawarma, falafel, fatayer, grills, burgers, ice creams and fruit cocktails to its extensive menu. The restauarant has never closed its establishments and continues to remain open 24/7, even during the pandemic and periods of strife.

Walid Hajj, Co-founder and CEO of Kitch, says: “We’re honoured to represent Barbar and look forward to bringing the 40-year-old signature recipes and authentic flavours of Lebanon to key cities in the GCC through our hybrid model. As part of our franchise agreement, we will be serving the world-class offerings and the delectable menu of Barbar through our premium store-front facilities and cloud-kitchens in the region. The alliance underlines our commitment to further build the F&B sector and deliver a portfolio of exciting brands and innovative culinary offerings. We’re confident that our omni-channel cloud kitchen model will further strengthen Barbar’s brand positioning and following in the GCC.”

Mohammad Al Ghaziri, Founder of Barbar, stated that Barbar plans to expand its operations globally based on its fame in Lebanon. He said: “We’re thrilled to partner with Kitch as we focus on expanding our business to international markets. With this strategic partnership, we will be able to accelerate our expansion plans and bolster our presence in key markets in a relatively short span of time. The technology-led, business model of Kitch is going to be the future of both global and regional cloud-kitchen industry. We are looking forward to offering our wide selection of Lebanese flavours to the diverse population of the UAE and Saudi Arabia through Kitch’s brick-and-mortar facilities and virtual kitchens.”

Kitch is the brainchild of Fahad Alhokair and Walid Hajj’s mission to take the kitchen in the cloud concept to the next level through a more flexible, hybrid cloud approach. The company entered the F&B sector earlier this year with privately raised capital of $15 million. 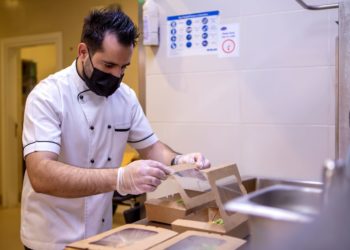 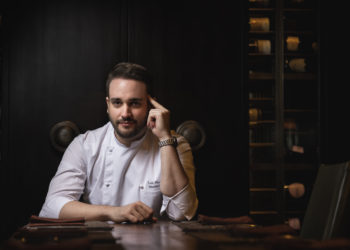 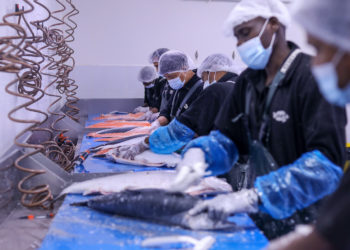