Rotana Hotel Group will open five hotels under the Centro by Rotana brand in Saudi Arabia by the end of 2017, it was revealed by the group’s president and CEO.

Omer Kaddouri announced the opening of Centro Shaheen Jeddah, the group’s first property to open under Centro by Rotana brand in Saudi Arabia.

Omar Al Jaroudi, CEO of Shuaa Capital Saudi Arabia, said: “We are witnessing today a significant milestone in the launch of Centro Shaheen Jeddah, one of the joint projects courtesy of the strategic Shuaa Capital Saudi Arabia and Rotana collaboration. This great hospitality product and brand is expected to be a key contributor to the kingdom’s already bustling leisure and hospitality sector. Having already proven a unique concept in the United Arab Emirates and Qatari markets, the Kingdom of Saudi Arabia was only the next natural step for this admirable lifestyle brand.”

“Hospitality is regarded as the economic sector in the kingdom with the greatest potential for growth and for becoming engines for job growth to benefit young Saudis,” said Nasser Al Nowais, chairman of Rotana Hotel Management Corporation. “The government has put its weight behind the development of this sector and we are extremely optimistic regarding the role that Rotana will play. The tourism sector is expected to be a major growth industry in the kingdom for the foreseeable future, growing in line with predictions for the hospitality industry in GCC countries, which show an annual growth rate of 9.5 per cent. We are working hard to be a major player in the global tourism sector, especially with several hotels being launched this year, including the five-star Rosh Rayhaan by Rotana in Riyadh.”

Kaddouri said: “There is a high demand in the Saudi market for affordable accommodations that offer comfort and quality service, which is exactly the concept of the Centro brand. Centro Shaheen is our seventh Centro property in the region and our third hotel in KSA, and this is a major milestone for us. With this opening, the total number of hotels managed by Rotana has risen to more than 100, with 60 fully operational. We currently employ more 13,000 team members, a number that should grow to some 29,000 once work on all properties is completed by 2020.” 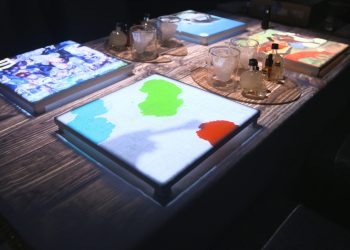