Mille-feuille, Mont Blanc, Madeleines, Opera…these are just some of the delicious cakes and pastries you can enjoy in Paris, but did you know the importance of dairy cream in the creation of these treats? Read on as Mark Monzon (@markmyworldblog) unravels all the secrets to what goes on behind the scenes in the making of these sweet delicacies.

Cream is essentially milk’s fat, and it’s extracted through the skimming process, which separates the milk from the cream. An excellent flavour carrier for all mixtures, cream is capable of bringing out flavour because it captures both fat and water-soluble flavours.

The culinary success attributed to cream is due to the multiple roles it plays in improving taste, texture, binding and even presentation. Its silky, smooth and shiny texture is why the term “creamy” is so widely used by connoisseurs to describe the smooth, rich consistency of any given product.

However, not all creams are created equal: to further emphasise this, The French Dairy Board hosted a media trip in November with the objective of highlighting the importance of cream in traditional French patisseries. The culinary tour was a long one, with six days of exploring and learning all the processes, connecting with the chefs behind each and every masterpiece, and meeting the masterminds behind the manufacturing of these products.

Most importantly, it was about learning how the cream of Europe is incorporated into each and every single one of these works of outstanding artistry.

A gourmet city renowned for its delicious recipes, Paris has some of the most exquisite mouth-watering treats. Chouquettes, eclairs and macarons make up a delectable landscape just waiting to be explored. To truly savour your stay, one needs to let go and let themselves be tempted by these irresistible cakes and pastries.

Coco, Opéra Garnier
First up on the list was a dinner at this new hotspot, which pays homage to the historic opera house; desserts created by famous French pastry chef Kevin Lacote were the highlight of the night. Mangue fraiche, tarte tatin aux pommes and sablé soufflé were just some of his creations, and to say that they were heavenly would be an understatement.

Laiterie La Chapelle
Next up was a visit to an artisanal cheese production shop in the heart of Paris which sells fresh dairy products including cheese, yogurt and deli every day, and their manufacturing workshop is fully visible from the street. Staff collect milk daily, directly from a nearby dairy producer, process it and refine the cheeses on-site in order to only sell what they produce.

Paul, creator and cheese expert, showed us how to make cream and integrate it to make delectable desserts. For example, the addition of cream to fresh fruits makes for a healthy snack: it’s so simple yet zesty.

Printemps du Goût
To try the creations of renowned chef Christophe Michalak, we headed to Printemps du Goût. A vast selection of desserts welcomed us including the famous Mont Blanc and orange cheesecake.

Bo & Mie
A neighbourhood bakery where locals queue in every morning was our next stop; they offer only 100% homemade products with quality ingredients in a modern, pleasant setting. It can be considered an upscale bakery with bread and high-end pastries available, sold at affordable prices.

Bergerie Nationale
Arguably the most interesting part of the trip was a visit to the grassland. The Bergerie Nationale farm, located in the outskirts of Rambouillet, is the real deal, where the public can discover agricultural life with its specificities, challenges and values.

There was a lot of to see and learn at this farm and MOF Ludovic Bisot showed us everything we needed to gain an understanding of. We learned the process of milking the cows, and how milk is transported from the farm, to the shops, and then the table – and the importance of creating a conducive environment for our beloved animal friends.

Pastry workshop with Philippe Conticini
One of the most humbling experiences of this trip was attending the workshop led by Chef Conticini, which took place in a space specifically designed for sharing, alongside the laboratories in which the chef’s creations are made.

For two and a half hours, you could share a moment of real closeness with the chef, who personally directs all workshops. We tasted the creations, and Chef Conticini was generous enough to share all his secrets to crafting these masterpieces including, of course, how and when to use cream to achieve the pastry’s perfect texture.

Afternoon tea at The Ritz hotel
Created by no less than the best pastry chef in the world, François Perret, the desserts at The Ritz Paris were nothing short of amazing. It seemed as though every single one of the pieces was meticulously handcrafted. The legend explained to us how he used the cream of Europe to design and shape these confections.

Elle & Vire La Maison de la Crème
Our last day was spent at a demonstration by Chef Nicolas Boussin, the best craftsman of France. To further understand the versatility of cream, he explained to us the essentials, its characteristics and properties, and how to properly use it for baking and pastry-making.

There was a lot to be learned, including the different ways to thicken a sauce using cream. Did you know that cream is a slow thickener that, when heated, has coating properties due to the gradual evaporation of its water content, concentrating its fat content? Now we know…

Pastry Tour
Rounding off the trip to Paris was a guided tour of the dessert district, where we got the chance to visit the most popular shops including Pierre Herme, Des Gateaux Du Pain and Mori Yoshida to name a few. They each have their own signature creations and we were just so lucky to have been able to try all of them.

Some of the other shops such as Paul, Ladurée and Angelina are already available in Dubai and definitely offer a taste of Paris – if you don’t get a chance to go to France.

To summarise, cream enhances aromas and reveals flavours without dominating. It reduces bitterness and acidity, and tempers the pungency of certain fruits and astringency of others. It also improves the fondant used in pastries and, most importantly, results in a fluffy cloud when whipped.

With all of this information on hand, we now have a better understanding of how cream’s culinary and gastronomic qualities have made it an indispensable go-to ingredient for French pastry chefs. All of this comes together to make it an essential ingredient and a crucial part of any well-crafted pastry.

And so, as the Middle East continues to import cream from Europe in growing quantities, it’s very important to be mindful of the history, process, people and hard work that go into the making of the product. This trip has definitely opened our eyes to the excellence of French cream and its versatility in pastry, and how its representative of cultural heritage, in addition to being a high-quality product sourced from European agriculture. 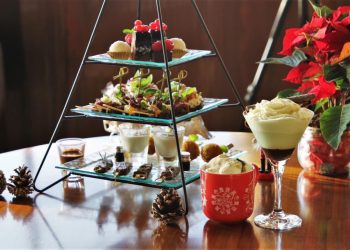 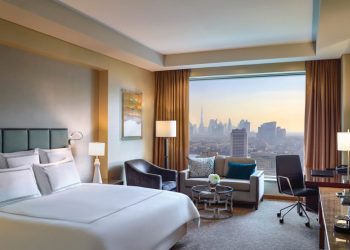 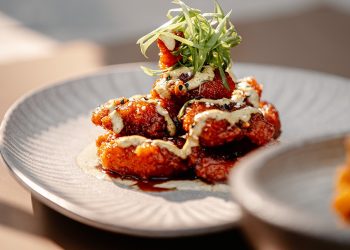 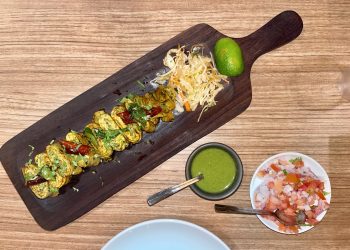 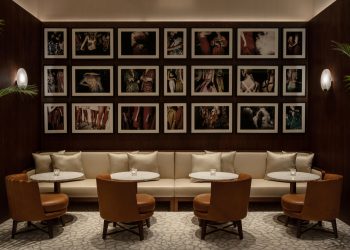 Jolie brings French Mediterranean dining to the heart of Downtown